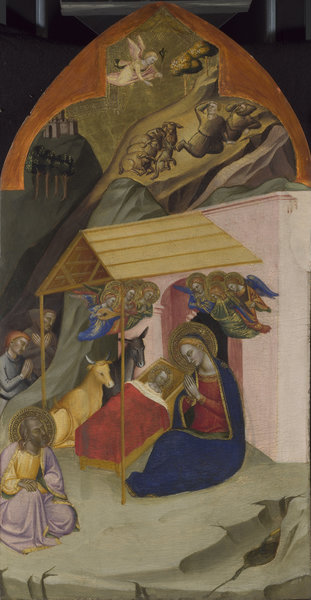 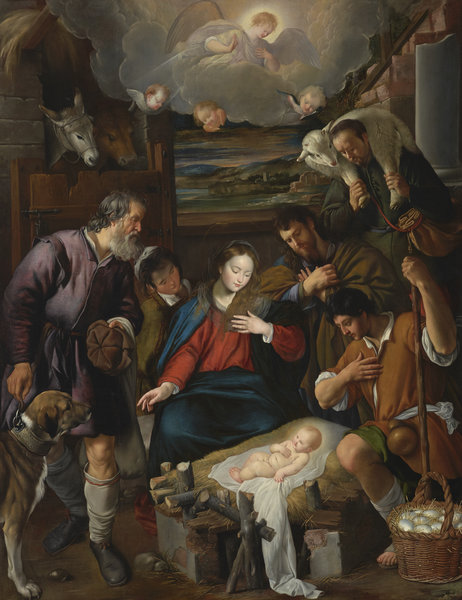 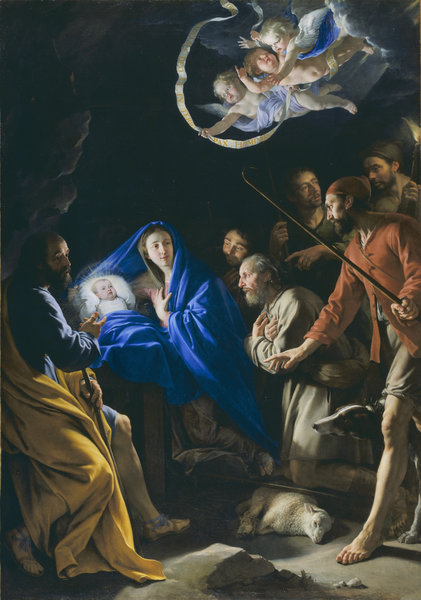 Exalting the Humble and Meek

For everyone beyond Jesus’s family, Jew or Gentile, this is where the story begins. The shepherds, poor, unlearned, and unregarded, are the first to be told that Jesus is the Messiah, and that this joyous news is not for the Jews alone, but for all people. And (pleasingly for the Visual Commentary on Scripture) the shepherds’ first response is ocular: they decide to go to Bethlehem to see. No texts, no disputation: just looking.

When artists join the shepherds at the manger, their task is to let people understand—by looking—that this is a turning point in the divine scheme of salvation. They can assume that everybody already knows the story—and how it ends. So the artists chosen here aim, like the Evangelist, to show who this child really is.

He is the second David, the great shepherd/ruler of Ezekiel 34; so the first to acknowledge Jesus are his fellow shepherds. They come in working clothes (Jesus too will describe himself as a working shepherd), but with courtly gestures of reverence and homage they salute him as their king. Luke gives no indication of how many shepherds there were—the artist must decide, depending on how much space he has—and makes no mention of their bringing anything. Some offer gifts—eggs or a lamb—and like the gifts of the Magi, these point to the future. Much more important is what, in all three paintings, they do not bring. They leave their flocks. It is something that would surely have disconcerted any pre-urban viewer. These first followers, like all who come after, will have to set their daily tasks to one side.

Where Luke deploys words with resonant echoes of history and prophecy, the artists use images that collapse time, connecting this moment to passages of Scripture past and future—and to the worship of the church. They draw parallels with the creation in Genesis, and Moses’s role as liberator and Law-giver. The ox and the ass recall Isaiah’s reproach (Isaiah 1:3) to the blind ingratitude of Israel. The Good Shepherd bringing abundant life (John 10), the Lamb of God whom the Baptist points out to the disciples (John 1:29), the Lamb that was slain (Revelation 5:6)—all find their place here, in paintings that are at once illustration and exegesis. Where T.S. Eliot’s Magi wonder whether they witnessed a birth or a death (‘Journey of the Magi’ 1927), Juan Bautista Maino and Philippe de Champaigne leave us in no doubt that we see both.

Some insights depend on what the materials allow the artist to do. In fourteenth-century Florence, Jacopo di Cione could bind his pigments only in the medium of egg tempera, which can deliver bright colours, but struggles to render shining brightness. Unlike later painters like Champaigne, he cannot convincingly show Christ as the light of the world. Yet he finds a visual way of linking—almost equating—the birth of Christ to the first verses of Genesis: for the first time in European painting since the Romans, he makes a landscape where we see the light being divided from the darkness.

All three altarpieces were designed to be looked at repeatedly during the celebration of Mass, and to reveal their deepest meanings as Christ’s sacrifice was ritually re-enacted beneath them. The references and resonances identified here would be echoed by readings, sermons, and the words and actions of the liturgy—so brilliantly incorporated by Champaigne.

Visual commentaries like the altarpieces selected here have one serious limitation. They could be made only because they were paid for by a patron, who usually determined the subject and frequently influenced its interpretation. It is striking that there are many more Adorations of the Magi than Adorations of the Shepherds (needless to say there are hardly any images of the mighty being put down from their seats). The feast day of the Three Kings is a great holy day; they were given names; their bones in Cologne drew throngs of pilgrims; Florentine trading families had a particular veneration for them. None of this happened to the shepherds. Although Christ charged his apostles, like shepherds, to feed his sheep, few people of power wanted to identify with those outsiders who first heard the good news.

The painted record of the church, with all the insights that it offers, is a record largely shaped by the rich. 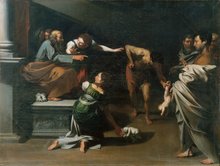 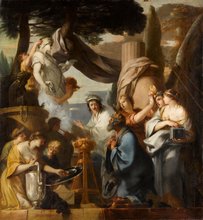 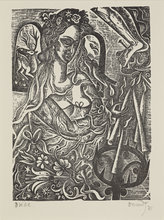 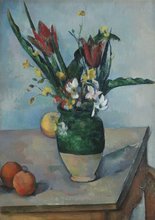