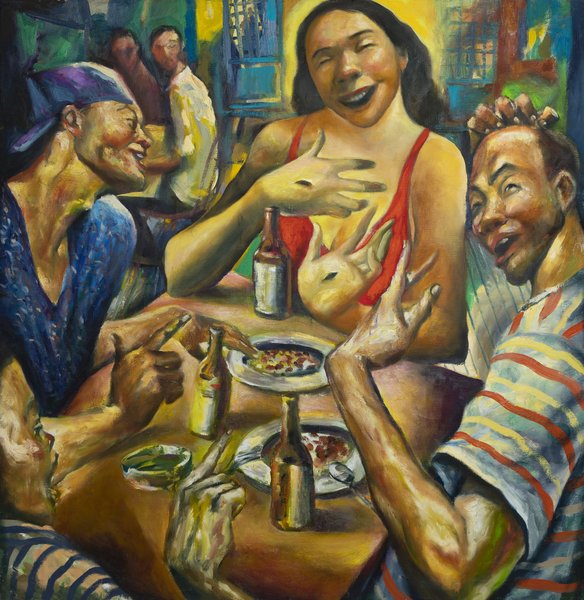 Neither Male nor Female

Emmanuel Garibay is an artist from the Philippines who is known for striking images that critique the conventions of his country’s European colonial past. This work is his surprising portrayal of the events of Luke 24:13–35 in which the newly-risen Christ, unrecognized, walks to the village of Emmaus with two of his disciples. Upon arrival, he agrees to eat with them, and is finally seen and acknowledged at the breaking of the bread.

In Garibay’s work the disciples break into laughter at this recognition of Christ, and their own previous blindness. But what they see is a woman, with dark skin, in a slim red dress, eating among the ordinary workers in the village.

This work is shocking for the way it upends what those familiar with mainstream Western Art might expect. Theologically the Christian tradition would affirm that the spirit of Christ is not bound by differences of sex or gender, but is alive in the world in creative and diverse ways. Yet we had really expected a man—and probably white.

Western audiences recognize their shock at this female depiction and yet, though androgynous, we know that this is Christ: her face is haloed, and her hands bear the marks of crucifixion. The hilarity of the disciples becomes the humour, the shock, the recognition of a divine joke that has been played on the viewer’s theological and cultural expectations. Here is the embodied shock of Paul’s affirmation, ’neither male nor female’, for all are one in Jesus Christ (Galatians 3:28).

There is more. The context is not a church or holy place, but somewhere where ordinary people gather, have simple food, and drink beer. This Christ is female and—perhaps as shockingly—has dark skin. She is an indigenous Filipino, utterly different from any colonial Spanish or contemporary North American representation of power and authority. The Christ figure also wears a red café dress, a cultural convention that presents a woman who may not be considered respectable company.

Where else should we look for the living Christ, if not among the poor and marginalized? New possibilities for hope emerge as traditional icons of power are overturned. Freedom is let loose in the laughter of disciples shocked out of their conventional forms of seeing. This image laughs at the oppressive apparatus of both church and state, and locates freedom in the places where ordinary people break bread. 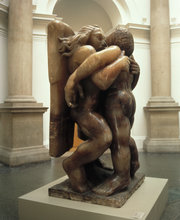 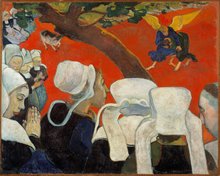 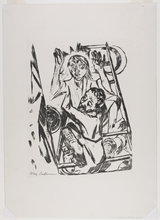 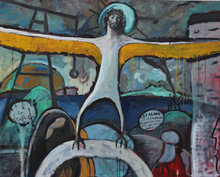 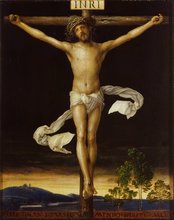