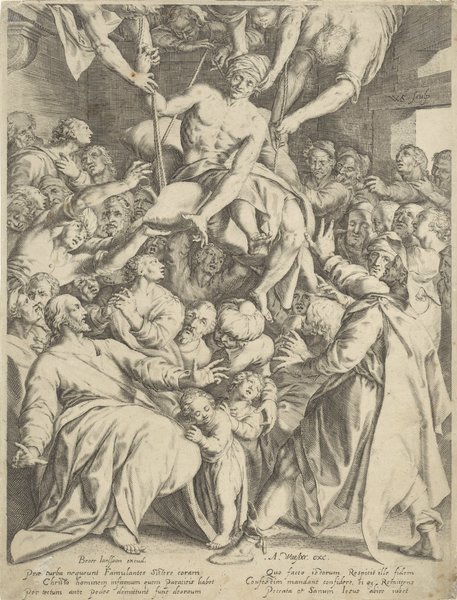 The Clamour of the Crowd

Willem Isaacsz. van Swanenburg presents us with a mass of bodies. The crowd fills almost all of the image and spills out of the open door to the right.

Amid this hubbub, a man on a bed is being lowered through the ceiling by four other men.

The scene is chaotic and claustrophobic.

Van Swanenburg has depicted the event just as it is described in Mark and Luke. But the Gospel writers do not tell us how the crowd gathered around Jesus reacted to the man appearing through the roof. Van Swanenburg imagines a range of responses among the assembly.

Several of the faces are astonished at the sight. Others look anxious at the precarious manoeuvre—will he make it down safely? Some reach up to help. A few appear to be disgruntled—perhaps they are annoyed that the man is ‘pushing in’ to get past them to Jesus.

Jesus’s own expression is a mixture of surprise and concern. He leans backwards as the man is lowered towards him, and his arms are open at his sides. This gesture suggests both astonishment and a readiness to receive the man who is being lowered to him.

But Jesus’s arms are not just open to the man on the bed. His gesture is directed out of the frame and so appears to invite us as viewers into the scene. If we are part of this gathering, we might reflect on whether we recognize ourselves in any of the reactions of the crowd to this event.

9 And getting into a boat he crossed over and came to his own city. 2And behold, they brought to him a paralytic, lying on his bed; and when Jesus saw their faith he said to the paralytic, “Take heart, my son; your sins are forgiven.” 3And behold, some of the scribes said to themselves, “This man is blaspheming.” 4But Jesus, knowing their thoughts, said, “Why do you think evil in your hearts? 5For which is easier, to say, ‘Your sins are forgiven,’ or to say, ‘Rise and walk’? 6But that you may know that the Son of man has authority on earth to forgive sins”—he then said to the paralytic—“Rise, take up your bed and go home.” 7And he rose and went home. 8When the crowds saw it, they were afraid, and they glorified God, who had given such authority to men.

2 And when he returned to Caperʹna-um after some days, it was reported that he was at home. 2And many were gathered together, so that there was no longer room for them, not even about the door; and he was preaching the word to them. 3And they came, bringing to him a paralytic carried by four men. 4And when they could not get near him because of the crowd, they removed the roof above him; and when they had made an opening, they let down the pallet on which the paralytic lay. 5And when Jesus saw their faith, he said to the paralytic, “My son, your sins are forgiven.” 6Now some of the scribes were sitting there, questioning in their hearts, 7“Why does this man speak thus? It is blasphemy! Who can forgive sins but God alone?” 8And immediately Jesus, perceiving in his spirit that they thus questioned within themselves, said to them, “Why do you question thus in your hearts? 9Which is easier, to say to the paralytic, ‘Your sins are forgiven,’ or to say, ‘Rise, take up your pallet and walk’? 10But that you may know that the Son of man has authority on earth to forgive sins”—he said to the paralytic— 11“I say to you, rise, take up your pallet and go home.” 12And he rose, and immediately took up the pallet and went out before them all; so that they were all amazed and glorified God, saying, “We never saw anything like this!”

17 On one of those days, as he was teaching, there were Pharisees and teachers of the law sitting by, who had come from every village of Galilee and Judea and from Jerusalem; and the power of the Lord was with him to heal. 18And behold, men were bringing on a bed a man who was paralyzed, and they sought to bring him in and lay him before Jesus; 19but finding no way to bring him in, because of the crowd, they went up on the roof and let him down with his bed through the tiles into the midst before Jesus. 20And when he saw their faith he said, “Man, your sins are forgiven you.” 21And the scribes and the Pharisees began to question, saying, “Who is this that speaks blasphemies? Who can forgive sins but God only?” 22When Jesus perceived their questionings, he answered them, “Why do you question in your hearts? 23Which is easier, to say, ‘Your sins are forgiven you,’ or to say, ‘Rise and walk’? 24But that you may know that the Son of man has authority on earth to forgive sins”—he said to the man who was paralyzed—“I say to you, rise, take up your bed and go home.” 25And immediately he rose before them, and took up that on which he lay, and went home, glorifying God. 26And amazement seized them all, and they glorified God and were filled with awe, saying, “We have seen strange things today.” 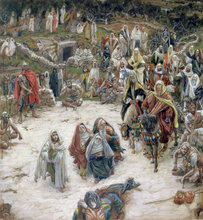 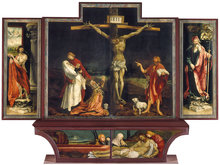 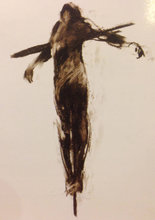