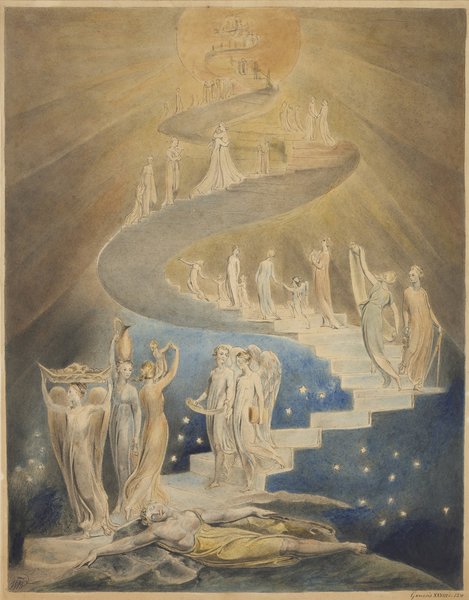 William Blake’s use of ink and watercolour in this painting from 1800 creates a dream-like effect, as the watery materials evoke the fluidity of Jacob’s sleeping vision. We are presented with a tonal gradient: colour-contrast decreases, along with detail, as we look from bottom to top. In the lower half of the watercolour, the star-filled sky is dark but as our eyes ascend upwards, light fills the space, illuminating an awe-inspiring scene of wonder.

Jacob lies at the bottom in an awkward sleeping pose; indeed, one can imagine that getting comfortable would have been difficult in the wilderness with nothing but a stone for a pillow. Nonetheless Jacob is rendered in a deep and peaceful state of slumber. The vision of the spiral staircase appears from behind him, growing out of the stone on which he lays his head. Blake signals a spiritual encounter by his positioning of Jacob’s right foot, which protrudes into the dark, starry space beyond the edge of the earth on which he is lying. The composition leaves the viewer asking, where does the finite end and infinity begin?

The progressive recession of the spiral staircase suggests a vast distance. It seems that the stairs curl away into the sun and beyond to eternity. The lack of any structural integrity to the staircase asserts its unreality, allowing the spiral shape simply to evoke the power and energy of God’s promise (Cook 1914: 407).

The looseness of the drawing’s pencil lines emphasizes the immediacy of the work. The angels (some with and some without wings) descend and ascend the stairway, wafting and curving their bodies in ways that mirror the curling stairs. The ethereal quality of Blake’s painting means that just as this vision appeared out of nowhere, we can easily imagine it disappearing again, leaving us, along with Jacob, dumbfounded, ready to proclaim the ground that he is sleeping on as a sacred space: ‘How awesome is this place!’ (Genesis 28:17). 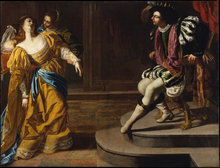 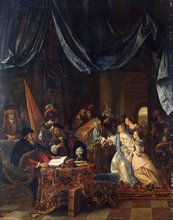 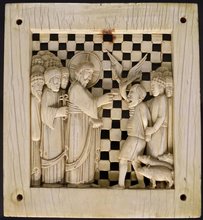 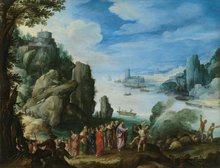 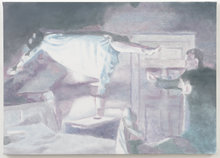 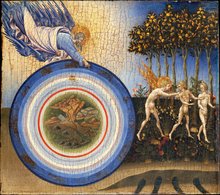