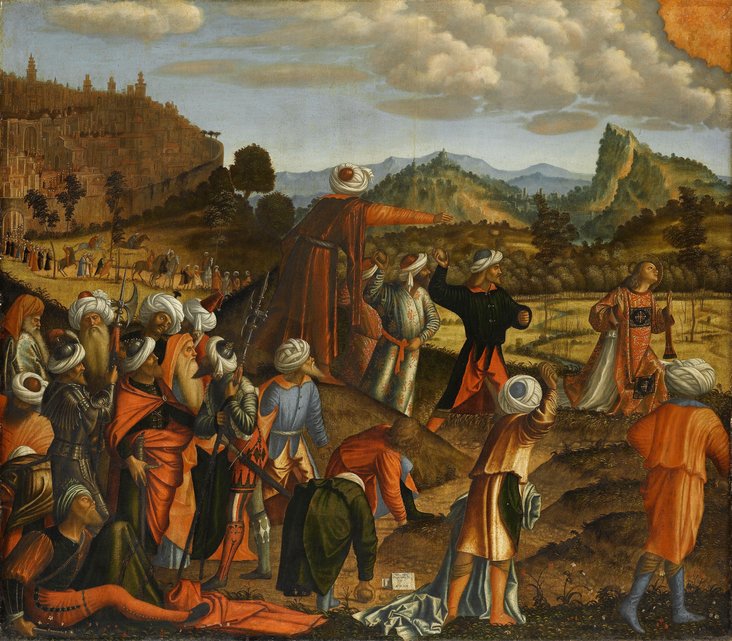 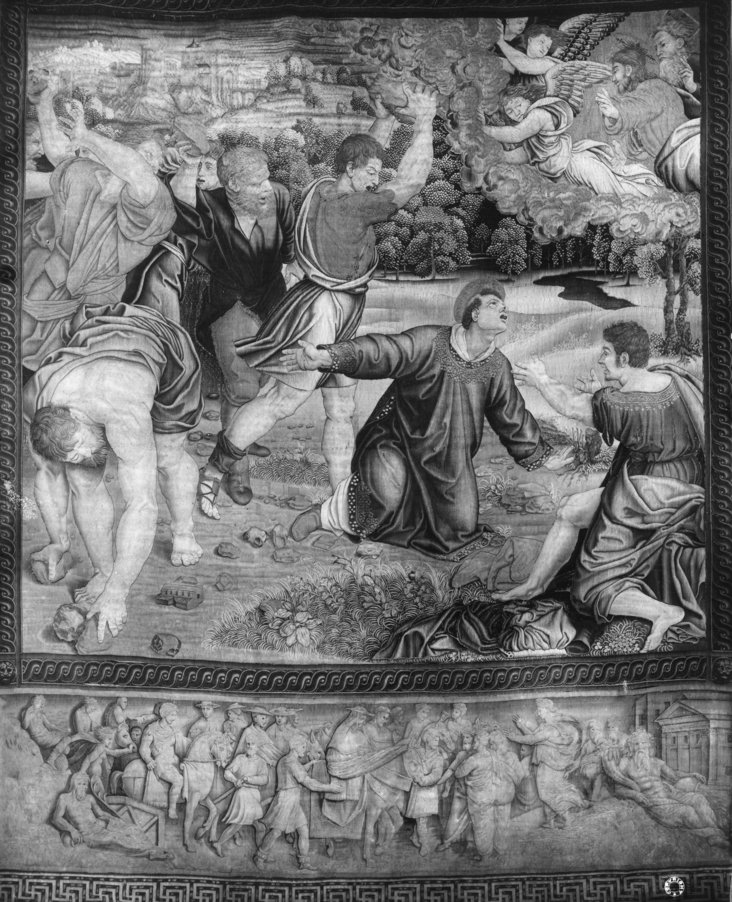 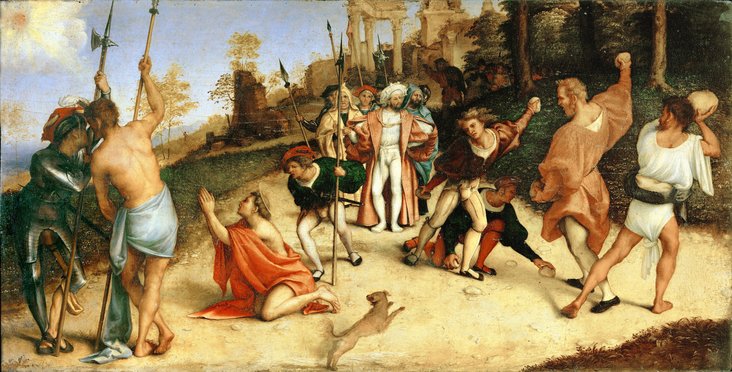 Works of art by Vittore Carpaccio, Workshop of Pieter van Aelst, from cartoon by Raphael, and Lorenzo Lotto
Commentaries by Paul Hills

And on that day a great persecution arose against the church in Jerusalem; and they were all scattered throughout the region of Judea and Samarʹia, except the apostles.  Devout men buried Stephen, and made great lamentation over him. 3 But Saul was ravaging the church, and entering house after house, he dragged off men and women and committed them to prison.