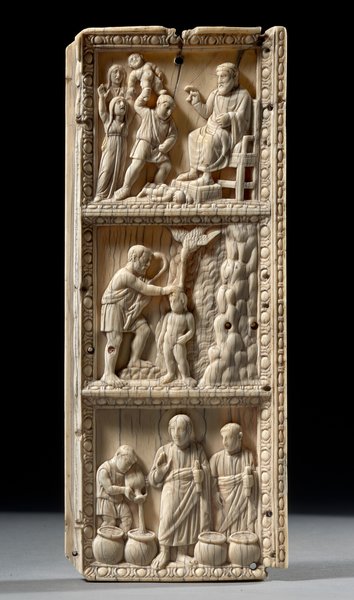 ‘As you did it to one of the least’

One of the oldest surviving depictions of the Massacre of the Innocents (Matthew 2:16–18) appears at the top of this early fifth-century carved ivory relief panel. The panel was one of a hinged pair (diptych) whose other half now resides in Paris’s Musée du Louvre.

The Berlin panel is divided into three sections. Below the massacre scene are images of Christ’s baptism by John and the Cana miracle in which Jesus transforms water to wine (John 2:1–11). The Louvre panel also has three sections, but in this half of the diptych it is episodes of Christ healing that are portrayed: the woman with the issue of blood, the paralytic, and the Gerasene demoniac.

In the Massacre, the unknown artist has depicted King Herod at the right—slightly larger than life. He is enthroned in a high-backed chair with his feet resting upon a footstool. Herod’s gesture indicates that the violent act we witness is by his order. At the centre, an unarmed Roman soldier grasps a naked baby by the leg and swings it over his head in order to hurl the child to the ground. Another child lies dead at Herod’s feet. Behind the soldier, two distraught mothers express their horror and grief; one raises her hands in lament.

The work is exquisitely executed. The violent scene seems almost to be redeemed by the beauty of the figures’ modelling and the artist’s skilful composition. Yet, the choice of this particular scene here may puzzle those who expect to see the more commonly depicted and uplifting images of Christ’s Nativity or the Adoration of the Magi in place of this distressing episode.

In fact, scenes of violence and torture are highly unusual in early Christian art. Extant representations even of Christ’s crucifixion are extremely rare before the sixth century.

However, the baby about to be slaughtered looks much like the childlike, nude Jesus being baptized in the scene just below and the similarity may be intentional. Perhaps the artist intended the image to allude to Christ’s execution—an event in which another King Herod is complicit. This little child is perhaps the first Christian martyr. His death will soon be followed by John the Baptist’s and then, of course, by Christ’s. 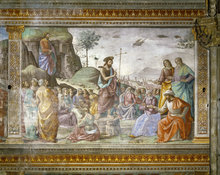 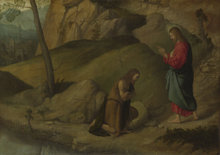