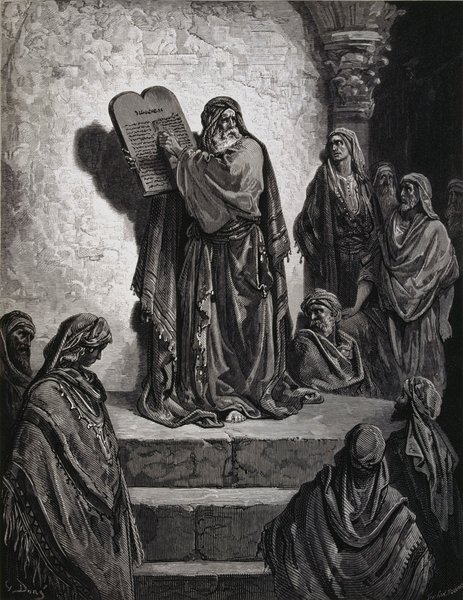 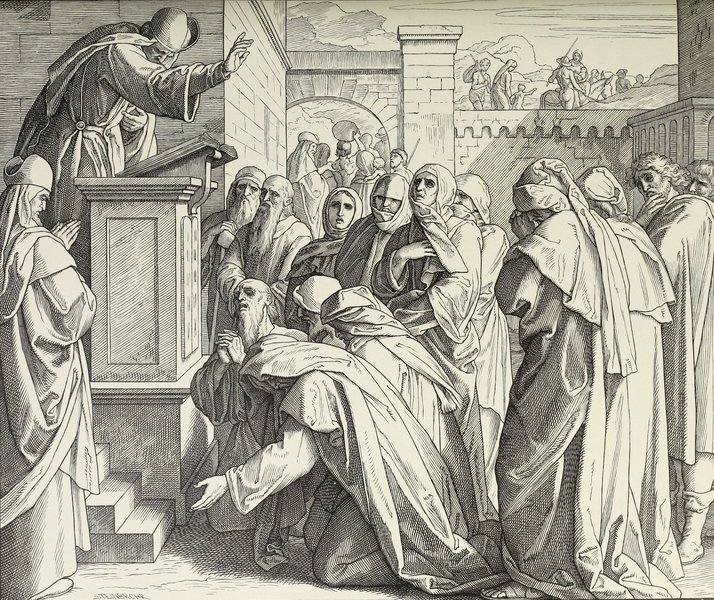 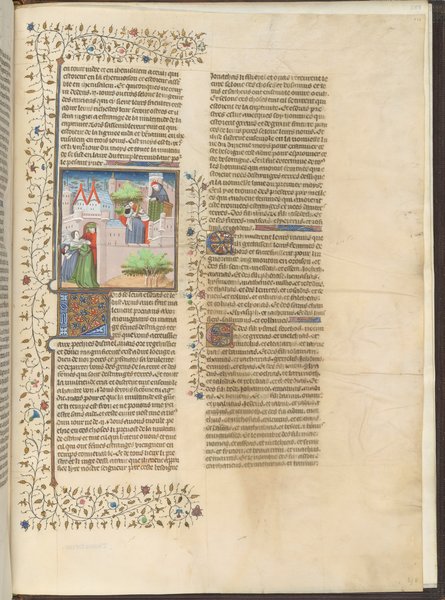 Workshop of the Boucicaut Master

The Wide Arch of the Ranged Empire

This episode is a vignette of imperialism, of colonialism, of racism, all riding on the coat-tails of Holy Writ: of those who aided and were aided by empire, laid claim to the land of others, and then excluded those others from that claim. And after the land grab, revelry. All mandated by the Word of God.

The Southern Kingdom of Judah fell to the Babylonians in the sixth century before the Common Era, suffering a deportation of its elite to Babylon. Some descendants of that elite returned to Judea after the fall of the Babylonian Empire under the patronage of its Persian successor: the Persian emperor Cyrus is credited with restoring gods and peoples dislocated by earlier regimes to their respective ancestral lands (2 Chronicles 36:22–23; Ezra 1:1–4; see Isaiah 45:1–25).

Ezra’s narrative affords the connection between the ‘returnees’ and the old Temple that the Babylonians had destroyed. Throughout the Babylonian exile, Israelites continued to live on the western side of the Jordan. They had survived the destruction of the Northern Kingdom by the Assyrians a century before the Babylonians destroyed Jerusalem. 2 Chronicles 30:6, 10–11 calls them ‘the remnant of those that escaped’. It is the descendants of this remnant that Nehemiah confronts—and rejects—in his efforts to rebuild Jerusalem.

The ‘return’ was a creation of a new people with a new cult, centred on a new temple under Persian patronage. With Nehemiah, though of Judaean ancestry, as its Persian administrator, the new Jerusalem sucked from the teat of the imperial capital of Susa, which provided financial and material resources as well as a transplanted elite. Born and raised in the metropole, they were in Jerusalem but not of it.

The newly-minted Jerusalemites unanimously request that Ezra read the Law to them (Nehemiah 8:1). Ezra reassures them that the joy of the Lord will protect them against the judgement due their transgressions (8:10). The people resolve to study the Law (8:13) just as Ezra had done (see Ezra 7:10). Informed by their study, they celebrate the Feast of Tabernacles for the first time since the days of Joshua (Nehemiah 8:17).

The book of Nehemiah thus gives us a biblical precedent for divinely-ordained imperialist claim-jumping. In the now-canonical proclamations of the high priest Ezra, what was authorized by Holy Writ has now become authorized in Holy Writ. Henceforth, the Bible would provide this prooftext for racial segregation and nationalist exceptionalism; for separating families at the border—wives torn from their husbands, fathers torn from their children; for erecting a wall to ‘defend’ a border in no way under attack, making of neighbours aliens and enemies; for the People of God as gated community—affirmed in the words of Ezra and in the affirmations of his parvenu Jerusalemite congregation.

Apparently, none of our artists is troubled by any of this. Their concerns lie elsewhere. In Gustave Doré’s visual literalism, the bearded Ezra sports tasselled robes and a turban—the ‘exotic’ garb of a stereotyped ancient Near Eastern figure. He is a carefully etched study in French Orientalism. In the woodcut of Julius Schnorr von Carolsfeld and in the illumination of the Boucicaut Master, Ezra presides like a bishop over his ‘diocese’ of Jerusalem, declaiming to his penitent congregation a ‘canon law’ that he translates for them from the sacred, alien tongue in which it is written.

The book of Nehemiah is written entirely in Hebrew; the book of Ezra contains documents in Aramaic (Ezra 4:7–6:22; 7:12–26), the imperial lingua franca. This was the tongue into which Ezra had to translate the Hebrew of the Law for his audience—soon to be ethnically cleansed. And it was the native tongue of the women and children driven from Jerusalem as a policy of that Law.

Looking back on Ezra, all three artists are innocent of those twentieth-century outbreaks of apartheid, theocracy, and proxy imperialism that must burden our twenty-first-century reading of Ezra’s reading of the Law.

Thompson, Thomas L. 1992. Early History of the Israelite People from the Written and Archaeological Sources, Studies in the History of the Ancient Near East 4 (Leiden: Brill)

73 So the priests, the Levites, the gatekeepers, the singers, some of the people, the temple servants, and all Israel, lived in their towns.

8 And all the people gathered as one man into the square before the Water Gate; and they told Ezra the scribe to bring the book of the law of Moses which the Lord had given to Israel. 2And Ezra the priest brought the law before the assembly, both men and women and all who could hear with understanding, on the first day of the seventh month. 3And he read from it facing the square before the Water Gate from early morning until midday, in the presence of the men and the women and those who could understand; and the ears of all the people were attentive to the book of the law. 4And Ezra the scribe stood on a wooden pulpit which they had made for the purpose; and beside him stood Mattithiʹah, Shema, Anaiʹah, Uriʹah, Hilkiʹah, and Ma-aseiʹah on his right hand; and Pedaiʹah, Mishʹa-el, Malchiʹjah, Hashum, Hash-badʹdanah, Zechariʹah, and Meshulʹlam on his left hand. 5And Ezra opened the book in the sight of all the people, for he was above all the people; and when he opened it all the people stood. 6And Ezra blessed the Lord, the great God; and all the people answered, “Amen, Amen,” lifting up their hands; and they bowed their heads and worshiped the Lord with their faces to the ground. 7Also Jeshua, Bani, Sherebiʹah, Jamin, Akkub, Shabʹbethai, Hodiʹah, Ma-aseiʹah, Keliʹta, Azariʹah, Joʹzabad, Hanan, Pelaiʹah, the Levites, helped the people to understand the law, while the people remained in their places. 8And they read from the book, from the law of God, clearly; and they gave the sense, so that the people understood the reading.

9 And Nehemiʹah, who was the governor, and Ezra the priest and scribe, and the Levites who taught the people said to all the people, “This day is holy to the Lord your God; do not mourn or weep.” For all the people wept when they heard the words of the law. 10Then he said to them, “Go your way, eat the fat and drink sweet wine and send portions to him for whom nothing is prepared; for this day is holy to our Lord; and do not be grieved, for the joy of the Lord is your strength.” 11So the Levites stilled all the people, saying, “Be quiet, for this day is holy; do not be grieved.” 12And all the people went their way to eat and drink and to send portions and to make great rejoicing, because they had understood the words that were declared to them.

13 On the second day the heads of fathers’ houses of all the people, with the priests and the Levites, came together to Ezra the scribe in order to study the words of the law. 14And they found it written in the law that the Lord had commanded by Moses that the people of Israel should dwell in booths during the feast of the seventh month, 15and that they should publish and proclaim in all their towns and in Jerusalem, “Go out to the hills and bring branches of olive, wild olive, myrtle, palm, and other leafy trees to make booths, as it is written.” 16So the people went out and brought them and made booths for themselves, each on his roof, and in their courts and in the courts of the house of God, and in the square at the Water Gate and in the square at the Gate of Eʹphraim. 17And all the assembly of those who had returned from the captivity made booths and dwelt in the booths; for from the days of Jeshua the son of Nun to that day the people of Israel had not done so. And there was very great rejoicing. 18And day by day, from the first day to the last day, he read from the book of the law of God. They kept the feast seven days; and on the eighth day there was a solemn assembly, according to the ordinance. 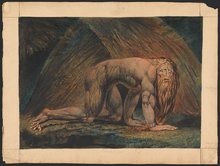 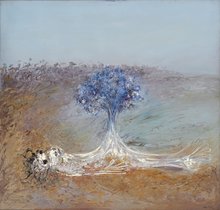 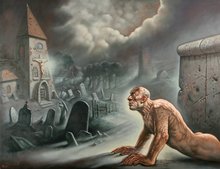