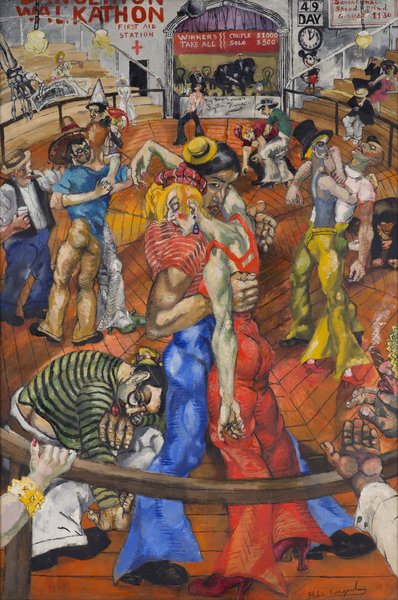 The dance marathons of depression era America posed Psalm 130’s question ‘who could stand?’ (v.3) in a quite literal way. Competitors, tempted in their poverty by cash prizes—suggested here by the $1000 bill held out by a skeletal hand at the upper left of the picture—would sometimes dance for weeks on end, with whoever was left standing the winner.

The contest depicted here is in its forty-ninth day (so the sign to the right of the band declares), and surely its very final stages. The woman in red in the foreground is propped up by her partner, but is close to collapse, as are the other dancers. It is only a matter of time—and not very much time—before the last dancers collapse onto the floor with the others.

Conservative moralists criticized these dance marathons as encouraging illicit liaisons (Burns 2016: 117). But notwithstanding the skin-tight clothes of the participants, their exaggerated make-up and musculature, and their abandoned embraces, the picture suggests death throes more than the throes of passion.

The design of the floor that Philip Evergood shows us echoes the pattern of a spider’s web, and the painter seems as interested in drawing attention to those who have woven this web, as to those caught in it. In the left and right foreground (places where in a medieval or Renaissance painting we might find representations of a work’s donors), we catch a glimpse of two spectators. On the left, a woman’s hand, with its bright-red nail and a gaudy bangle at the wrist, grips the rail surrounding the arena, as she is presumably gripped by this display of suffering and degradation. To the right, a man with a fat cigar stuck in his mouth, and absurdly blonde hair, advances a podgy hand with stubby fingers—as if to receive a share of the proceeds.

But these witnesses of the scene do not, as in devotional pictures of the past, look on piously or pityingly at what is before them. Rather, they leer at a spectacle animated by that other and deathly hand holding out the $1000 bill, under whose presiding spell no one really stands. 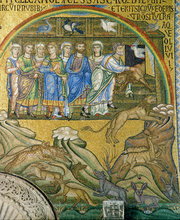 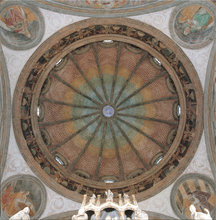 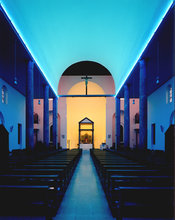 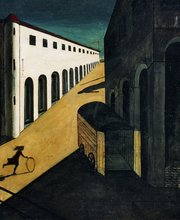 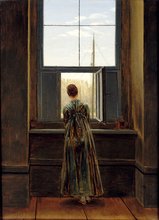 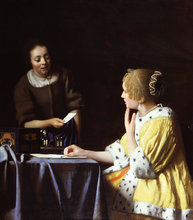 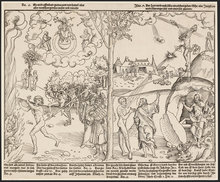