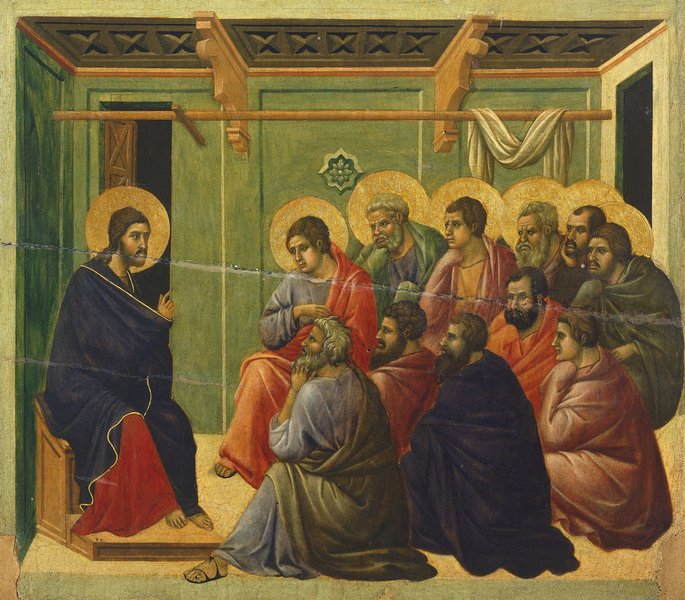 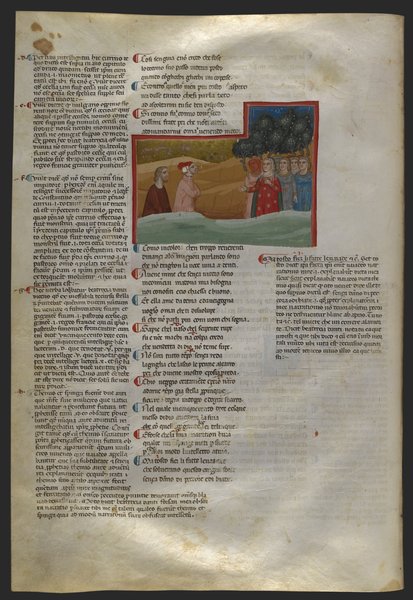 At the bottom of Duccio’s depiction of Christ taking leave of his disciples, the left, sandalled foot of one of the disciples, on the threshold of the painting itself, points beyond it. Perhaps it is intended to suggest that the conversation depicted in the panel wishes to move towards us. Indeed, if we look closely, we notice that the way Duccio depicts feet in this scene of the Maestà seems to reflect the significance of the work as a whole. Though a painting, the altarpiece is meant to be a living expression of the truths it depicts, and wants to draw us to partake in these truths.

Directly above this foot that sits on the threshold of the painting, we see the foot of another disciple, emerging from under his tunic. Both feet point in a similar direction, towards us. The significance of this gesture is enhanced if we note that the preceding scene in the Maestà is that of Jesus washing his disciples’ feet, which in turn follows that of the institution of the Eucharist.

In the Gospel of John, the latter episode is absent, and the washing of the feet has a significance comparable to it. It is the moment in which Jesus leaves his disciples—and us—a tangible sign of his eternal presence. By pointing towards us, the disciples' feet remind us that the conversation in John 16:16–24 is predicated upon the concrete care that Jesus has for those with whom he is speaking.

Such care is personal and intimate. While pointing towards us, the foot emerging beneath the orange tunic points first of all to the feet of Christ himself, which in turn point to the disciple's foot that sits on the threshold of the painting. The visual interplay between the feet that are visible in this scene has Christ as focal point, but ultimately opens outwards, towards us.

Christ is the focal point of meaning, but that meaning faces outwards, towards the world as a whole, self-givingly. Christ's departure ultimately signals not his absence, but his presence in, through, and even as us. Whatever our journey, Christ tends to our feet. Our movements are grounded in his. He is the care by which we move, and our every step is concrete expression of such love.

In visually presenting Dante Alighieri's poem to us as the Bible might have been presented, the British Library's Egerton MS 943 thus reveals something essential about Dante's art. And in interweaving his art with Dante's, the Master of the Antiphonar of Padua actively partakes in this revealing, thereby also revealing his own art to be somewhat like the foot of the disciple on the threshold of Duccio's painting. It is a creative gesture which can consciously draw us into a conversation about the value of art—a conversation that can in turn be integrated into the broader conversation started by Christ in taking leave of his disciples.

Does such conversation about art need to be restricted to Christian art? Barnett Newman's Abraham suggests otherwise. Like the patriarch Abraham, the disciples are called in John 16 to be open to sacrificing what they hold most dear. And, like Newman, they are called to face inner and outer darkness to produce the best work they are capable of. In this sense, Newman's art and Christian discipleship bear structural similarities.

In such mutual transformation there lies a fruitful and mysterious open-endedness. It is an open-endedness implicit in the very process of commenting visually on Scripture. How will you take part in this journey? 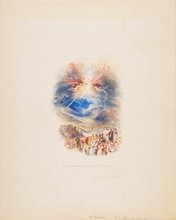 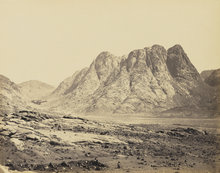 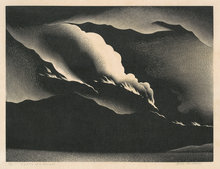