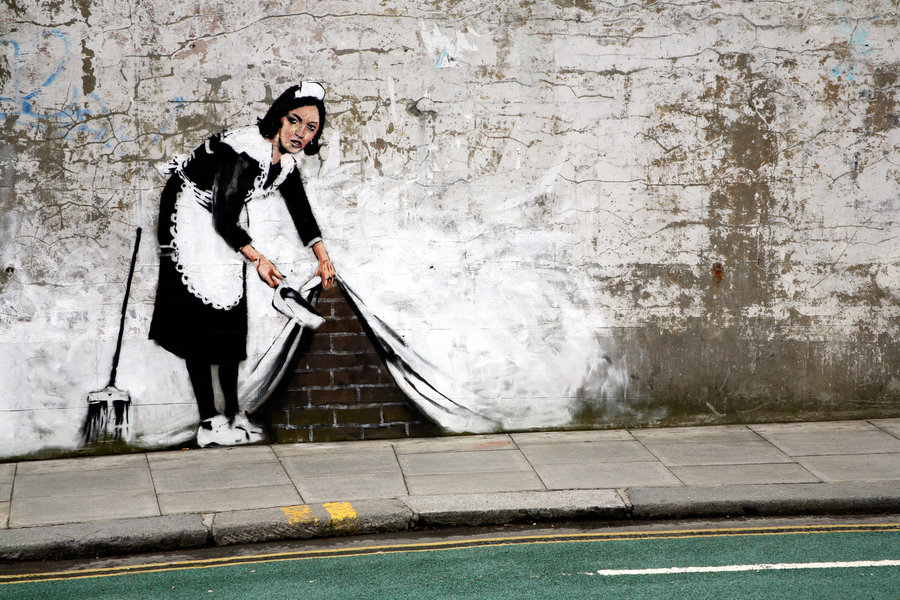 The Politics of Recognition

James 5:4–6 highlights the economic injustices on the back of which the prideful rich, condemned in the preceding lines, have accumulated their wealth: ‘Behold, the wages of the labourers who mowed your fields, which you kept back by fraud, cry out …’. Justice and righteousness are often associated in Scripture with the recognition and defence of the materially poor. Those whose voices go unheard by the representatives of political and economic power ‘[reach] the ears of the Lord of hosts’.

Historically, the production of art was linked closely with the rich and powerful, who had the funds to make commissions; and yet many artists chose nevertheless to depict the lives of the poor in their work. Pieter Bruegel the Elder’s The Harvesters (1565), Diego Velázquez’s The Waterseller of Seville (1618–22), and Vincent van Gogh’s The Potato Eaters (1885) all spring to mind. Depicting the poor does not, of course, necessarily mean fighting for them: under the sentimentalizing gaze of the rich, their lives can become quaint decoration for the walls of large houses. But today, the street artist Banksy is a pre-eminent artist not only of but also for the poor.

Sweeping it Under the Carpet is explicitly about democratizing not just the locations but also the subjects of artworks, about giving recognition to those who do not usually receive it, who labour under unfair and unequal systems—echoing the passage from James. Banksy has commented, ‘In the bad old days, it was only popes and princes who had the money to pay for their portraits to be painted. This is a portrait of a maid called Leanne who cleaned my room in a Los Angeles motel’ (Bull 2011: S20).

A melancholy but politically meaningful irony is that Leanne’s recognition would only be temporary. Two versions were painted in London: one in Chalk Farm on the wall of a performance venue (shown here), one in Hoxton on the exterior of a commercial gallery. Both have since been painted over. Banksy’s medium is part of his message in this sense. By showing Leanne about to hide her sweepings under a carpet, the work suggests how the wealthy and powerful sweep issues of social injustice and inequality ‘under the rug’, in the very way his street art, which highlights these issues, gets painted over.