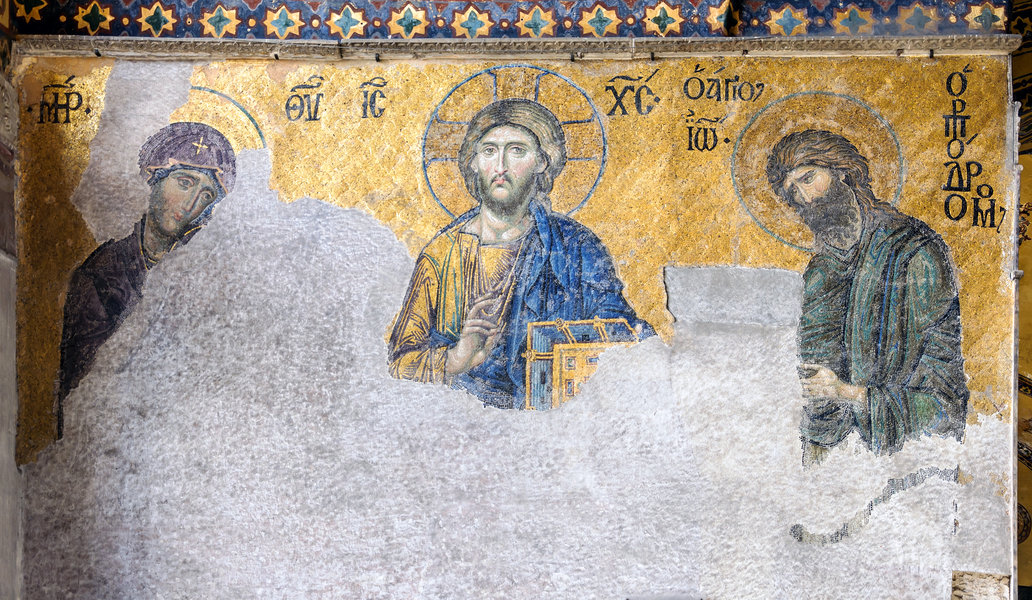 When Constantinople, once the capital of the Byzantine Empire, was finally taken back from the Latin Crusaders in 1261, it is fitting that a newly commissioned mosaic in its chief church would employ a venerable Byzantine theme, the Deësis (which is also, in Greek, a more general word for intercession). With a haunting human tenderness that anticipates (and indeed inspired) subsequent developments during the Renaissance, anonymous Byzantine mosaicists revisited this theme on a massive scale in the south upper gallery of the city’s chief church, Hagia Sophia.

Traditionally, the composition of Christ flanked by Mary and John the Baptist (identified by the Greek inscriptions as ‘Mother of God’ and ‘the Forerunner’ respectively) is understood as the moment of final judgment where the believer will petition Mary and John the Baptist for mercy. But the meaning of the Deësis encapsulates the duelling themes in Romans 3 as well.

This iconographic type can be traced at least as far back as the famous sixth-century icon of Christ at Mt Sinai, which illustrates the tension between law and gospel. Christ’s darkened, book-bearing countenance—almost scowling—bears the message of law on his left (Romans 3:20); but the very same face is illumined with a graceful hand of acceptance on the right (Romans 3:21).

In Hagia Sophia’s Deësis, the dynamic to Christ’s left expands to include John the Baptist who illustrates law (Matthew 11:11), and Mary on Christ’s right to indicate gospel (Galatians 4:4). Commenting on Romans 3, the second/third-century theologian Origen connected the law’s inability to fulfil its prescriptions directly to the words of John the Baptist:

Paul establishes rather than terminates the law. When the superior glory of Christ is revealed, that glory brings to an end what had previously appeared and was called glorious. These considerations are reflected in the statement, It is necessary that he increase, and that I decrease (John 3:30) (Patout Burns and Newman 2012: 81).

The resigned countenance of John the Baptist may therefore testify to the law’s accurate but powerless diagnosis of the human condition (Romans 3:23). On the other hand, the gesture of Mary, damaged at Hagia Sophia, would have shown her pointing—as she does in Constantinople’s famous Hodegetria (‘she who shows the way’) icon—away from herself to the cure (Romans 3:24).

Cutler, Anthony. 1987. ‘Under the Sign of the Deēsis: On the Question of Representativeness in Medieval Art and Literature’, Dumbarton Oaks Papers, 41. Studies on Art and Archeology in Honor of Ernst Kitzinger on His Seventy-Fifth Birthday: 145–154. 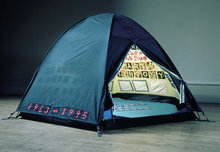 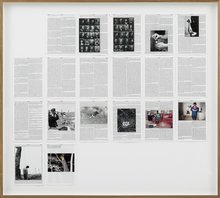