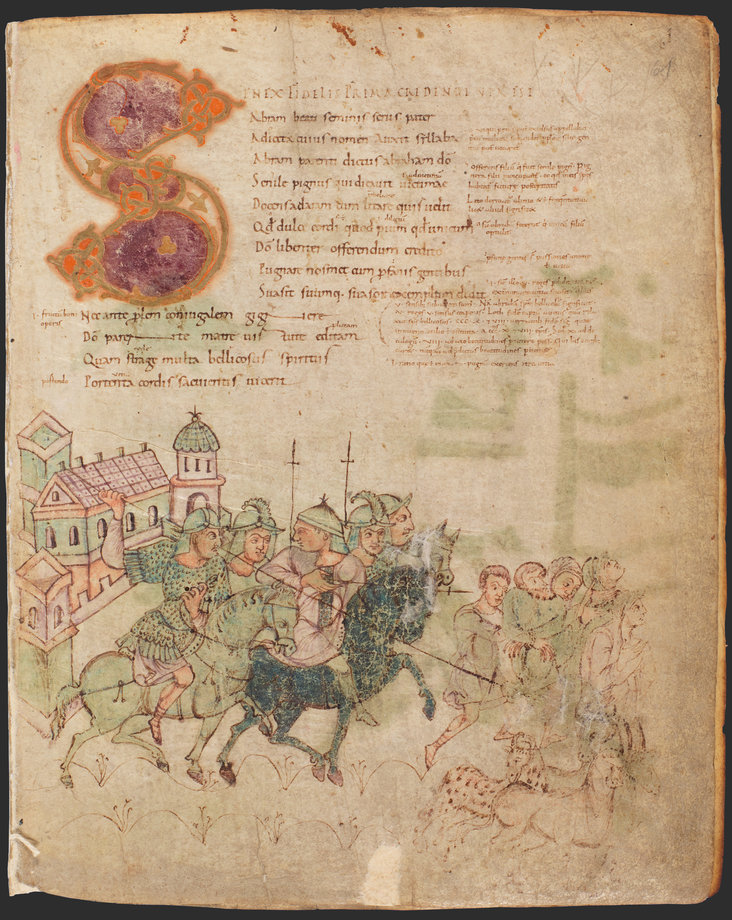 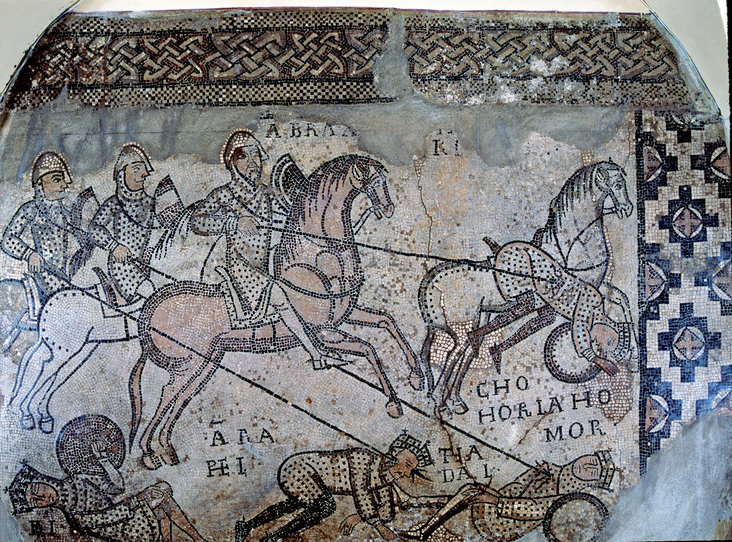 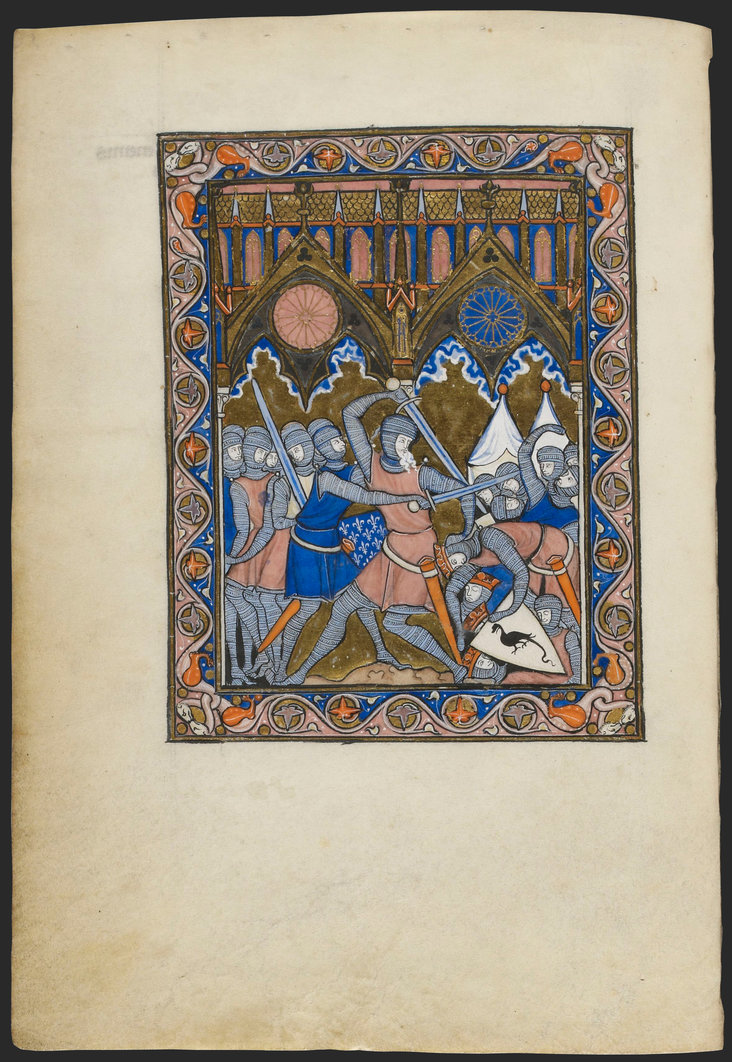 Works of art by Unknown, Region of Lake Constance, Unknown artist, and Master of Abraham
Commentaries by Michele Luigi Vescovi

14 In the days of Amʹraphel king of Shinar, Arʹioch king of Ellaʹsar, Ched-or-laoʹmer king of Elam, and Tidal king of Goiʹim, 2these kings made war with Bera king of Sodom, Birsha king of Gomorʹrah, Shinab king of Admah, Shemeʹber king of Zeboiʹim, and the king of Bela (that is, Zoʹar). 3And all these joined forces in the Valley of Siddim (that is, the Salt Sea). 4Twelve years they had served Ched-or-laoʹmer, but in the thirteenth year they rebelled. 5In the fourteenth year Ched-or-laoʹmer and the kings who were with him came and subdued the Rephʹaim in Ashʹteroth-karnaʹim, the Zuzim in Ham, the Emim in Shaʹveh-kiriathaʹim, 6and the Horites in their Mount Seʹir as far as El-paran on the border of the wilderness; 7then they turned back and came to Enmishʹpat (that is, Kadesh), and subdued all the country of the Amalʹekites, and also the Amorites who dwelt in Hazʹazon-taʹmar. 8Then the king of Sodom, the king of Gomorʹrah, the king of Admah, the king of Zeboiʹim, and the king of Bela (that is, Zoʹar) went out, and they joined battle in the Valley of Siddim 9with Ched-or-laoʹmer king of Elam, Tidal king of Goiʹim, Amʹraphel king of Shinar, and Arʹioch king of Ellaʹsar, four kings against five. 10Now the Valley of Siddim was full of bitumen pits; and as the kings of Sodom and Gomorʹrah fled, some fell into them, and the rest fled to the mountain. 11So the enemy took all the goods of Sodom and Gomorʹrah, and all their provisions, and went their way; 12they also took Lot, the son of Abram’s brother, who dwelt in Sodom, and his goods, and departed.

13 Then one who had escaped came, and told Abram the Hebrew, who was living by the oaks of Mamre the Amorite, brother of Eshcol and of Aner; these were allies of Abram. 14When Abram heard that his kinsman had been taken captive, he led forth his trained men, born in his house, three hundred and eighteen of them, and went in pursuit as far as Dan. 15And he divided his forces against them by night, he and his servants, and routed them and pursued them to Hobah, north of Damascus. 16Then he brought back all the goods, and also brought back his kinsman Lot with his goods, and the women and the people.

17 After his return from the defeat of Ched-or-laoʹmer and the kings who were with him, the king of Sodom went out to meet him at the Valley of Shaveh (that is, the King’s Valley).