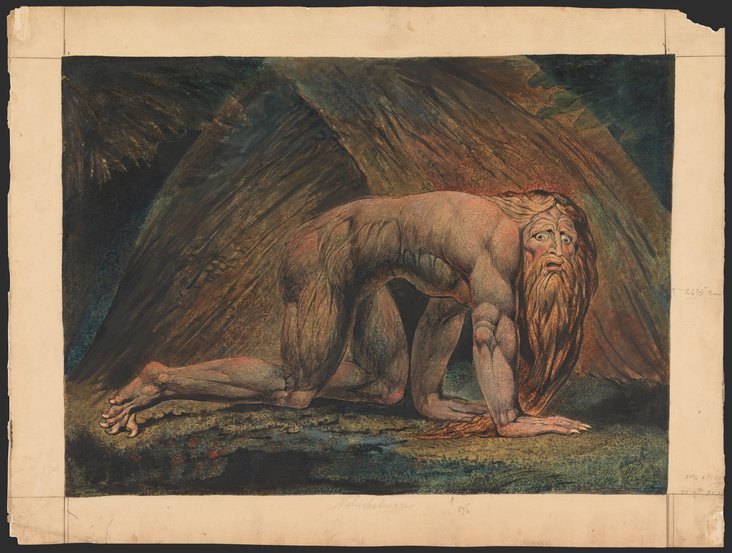 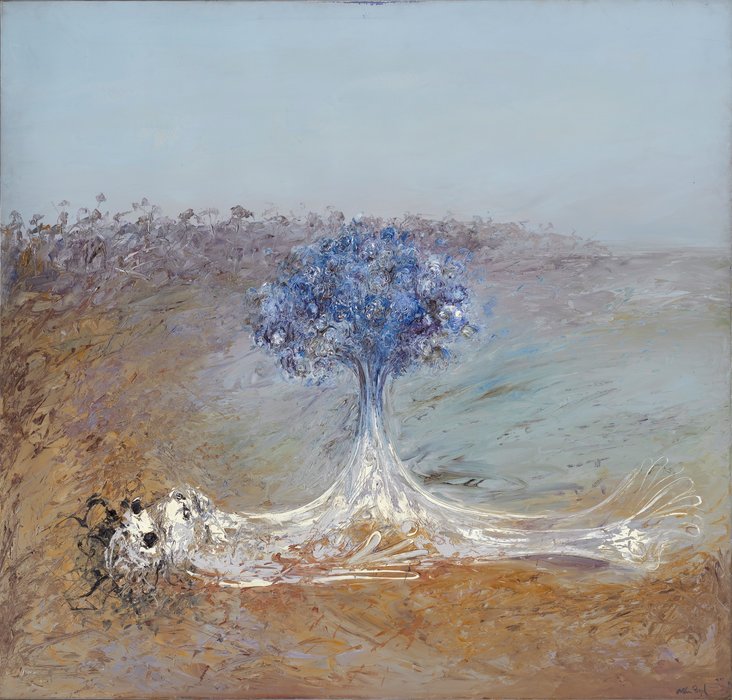 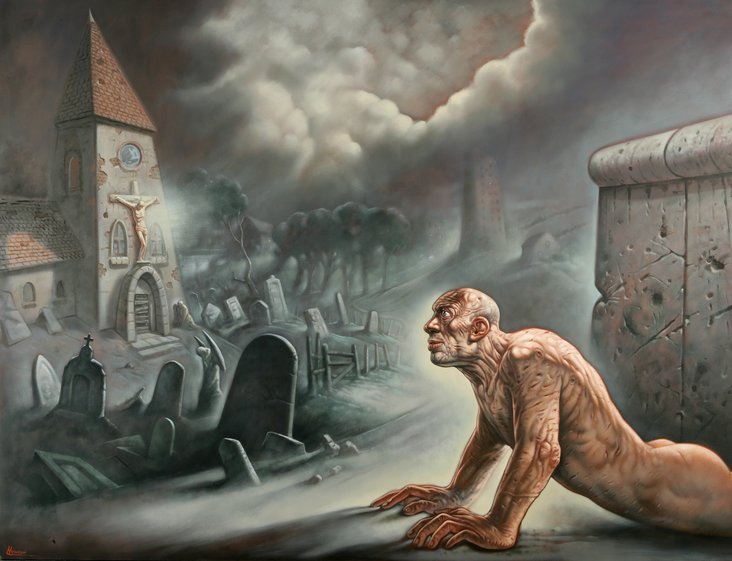 4 King Nebuchadnezʹzar to all peoples, nations, and languages, that dwell in all the earth: Peace be multiplied to you! 2It has seemed good to me to show the signs and wonders that the Most High God has wrought toward me.

3How great are his signs,

how mighty his wonders!

His kingdom is an everlasting kingdom,

and his dominion is from generation to generation.

4 I, Nebuchadnezʹzar, was at ease in my house and prospering in my palace. 5I had a dream which made me afraid; as I lay in bed the fancies and the visions of my head alarmed me. 6Therefore I made a decree that all the wise men of Babylon should be brought before me, that they might make known to me the interpretation of the dream. 7Then the magicians, the enchanters, the Chaldeʹans, and the astrologers came in; and I told them the dream, but they could not make known to me its interpretation. 8At last Daniel came in before me—he who was named Belteshazʹzar after the name of my god, and in whom is the spirit of the holy gods—and I told him the dream, saying, 9“O Belteshazʹzar, chief of the magicians, because I know that the spirit of the holy gods is in you and that no mystery is difficult for you, here is the dream which I saw; tell me its interpretation. 10The visions of my head as I lay in bed were these: I saw, and behold, a tree in the midst of the earth; and its height was great. 11The tree grew and became strong, and its top reached to heaven, and it was visible to the end of the whole earth. 12Its leaves were fair and its fruit abundant, and in it was food for all. The beasts of the field found shade under it, and the birds of the air dwelt in its branches, and all flesh was fed from it.

13 “I saw in the visions of my head as I lay in bed, and behold, a watcher, a holy one, came down from heaven. 14He cried aloud and said thus, ‘Hew down the tree and cut off its branches, strip off its leaves and scatter its fruit; let the beasts flee from under it and the birds from its branches. 15But leave the stump of its roots in the earth, bound with a band of iron and bronze, amid the tender grass of the field. Let him be wet with the dew of heaven; let his lot be with the beasts in the grass of the earth; 16let his mind be changed from a man’s, and let a beast’s mind be given to him; and let seven times pass over him. 17The sentence is by the decree of the watchers, the decision by the word of the holy ones, to the end that the living may know that the Most High rules the kingdom of men, and gives it to whom he will, and sets over it the lowliest of men.’ 18This dream I, King Nebuchadnezʹzar, saw. And you, O Belteshazʹzar, declare the interpretation, because all the wise men of my kingdom are not able to make known to me the interpretation, but you are able, for the spirit of the holy gods is in you.”

19 Then Daniel, whose name was Belteshazʹzar, was dismayed for a moment, and his thoughts alarmed him. The king said, “Belteshazʹzar, let not the dream or the interpretation alarm you.” Belteshazʹzar answered, “My lord, may the dream be for those who hate you and its interpretation for your enemies! 20The tree you saw, which grew and became strong, so that its top reached to heaven, and it was visible to the end of the whole earth; 21whose leaves were fair and its fruit abundant, and in which was food for all; under which beasts of the field found shade, and in whose branches the birds of the air dwelt— 22it is you, O king, who have grown and become strong. Your greatness has grown and reaches to heaven, and your dominion to the ends of the earth. 23And whereas the king saw a watcher, a holy one, coming down from heaven and saying, ‘Hew down the tree and destroy it, but leave the stump of its roots in the earth, bound with a band of iron and bronze, in the tender grass of the field; and let him be wet with the dew of heaven; and let his lot be with the beasts of the field, till seven times pass over him’; 24this is the interpretation, O king: It is a decree of the Most High, which has come upon my lord the king, 25that you shall be driven from among men, and your dwelling shall be with the beasts of the field; you shall be made to eat grass like an ox, and you shall be wet with the dew of heaven, and seven times shall pass over you, till you know that the Most High rules the kingdom of men, and gives it to whom he will. 26And as it was commanded to leave the stump of the roots of the tree, your kingdom shall be sure for you from the time that you know that Heaven rules. 27Therefore, O king, let my counsel be acceptable to you; break off your sins by practicing righteousness, and your iniquities by showing mercy to the oppressed, that there may perhaps be a lengthening of your tranquillity.”

28 All this came upon King Nebuchadnezʹzar. 29At the end of twelve months he was walking on the roof of the royal palace of Babylon, 30and the king said, “Is not this great Babylon, which I have built by my mighty power as a royal residence and for the glory of my majesty?” 31While the words were still in the king’s mouth, there fell a voice from heaven, “O King Nebuchadnezʹzar, to you it is spoken: The kingdom has departed from you, 32and you shall be driven from among men, and your dwelling shall be with the beasts of the field; and you shall be made to eat grass like an ox; and seven times shall pass over you, until you have learned that the Most High rules the kingdom of men and gives it to whom he will.” 33Immediately the word was fulfilled upon Nebuchadnezʹzar. He was driven from among men, and ate grass like an ox, and his body was wet with the dew of heaven till his hair grew as long as eagles’ feathers, and his nails were like birds’ claws.

34 At the end of the days I, Nebuchadnezʹzar, lifted my eyes to heaven, and my reason returned to me, and I blessed the Most High, and praised and honored him who lives for ever;

for his dominion is an everlasting dominion,

and his kingdom endures from generation to generation;

35all the inhabitants of the earth are accounted as nothing;

and among the inhabitants of the earth;

and none can stay his hand

36At the same time my reason returned to me; and for the glory of my kingdom, my majesty and splendor returned to me. My counselors and my lords sought me, and I was established in my kingdom, and still more greatness was added to me. 37Now I, Nebuchadnezʹzar, praise and extol and honor the King of heaven; for all his works are right and his ways are just; and those who walk in pride he is able to abase.