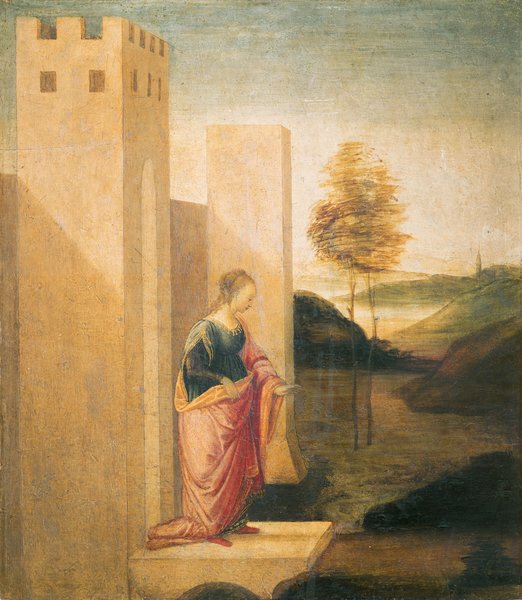 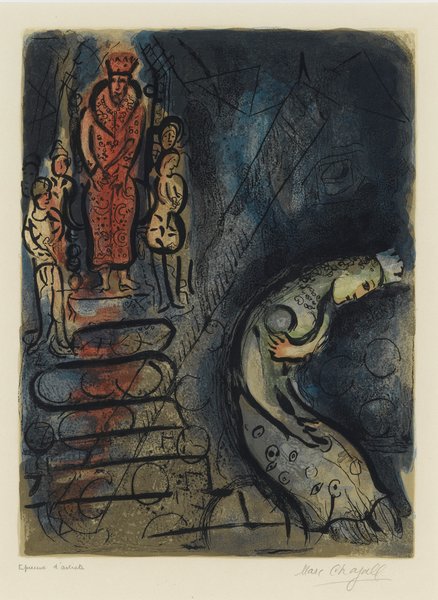 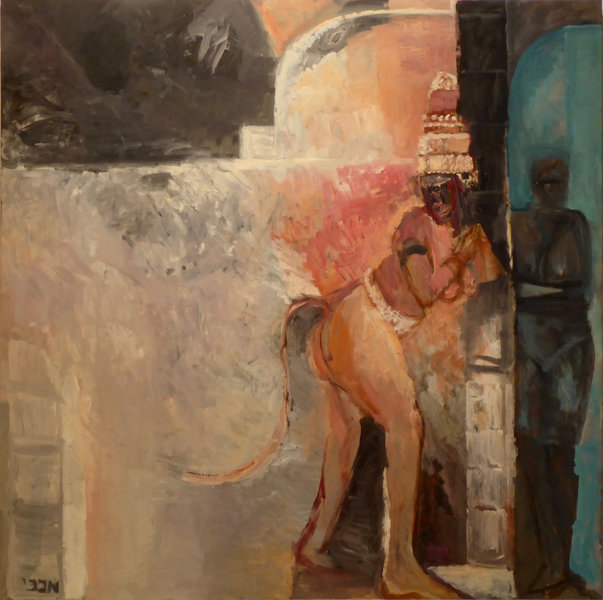 The atmosphere and celebration of carnival linking it with the feast of Purim, at which this story is traditionally read aloud (twice), is one hermeneutical key to understanding the book of Esther. Adele Berlin identifies the book of Esther as a ‘burlesque’ (2001: xix) and suggests it should be read as a comedy or a farce, replete as it is with exaggeration, caricature, ludicrous situations, practical jokes, coincidences, improbabilities, repetitions of scenes and reversals of circumstance. Irony and sarcasm abound as we progress from banquet to banquet.

The Scroll or Megillah, as the book of Esther is referred to in the Hebrew Bible (Tanakh), opens with Vashti’s refusal to come into the king’s presence when he sends his eunuchs ‘to bring Queen Vashti before the king wearing a royal diadem (1:10). That she was wearing only a royal diadem, without any other clothes on her body, is what the rabbis suggest in their interpretation (Babylonian Talmud, Megillah 12b).

An aura of lewdness and debauchery and a ‘tone of excess, buffoonery, and bawdiness’ characterize the opening verses of the book (Berlin 2001: 3). Richard McBee’s painting Vashti’s Tail captures this tone, and presents us with a Vashti acting out the king’s demand. She is represented as a rather bizarre ‘bunny girl’ type of cabaret dancer wearing only her twinkling turreted diadem. Playfully she shows off her tail—only her tail is more that of a monkey than a bunny. We can almost hear the hilarity and raucous response.

But none of this happens in the biblical text; Vashti does not appear before the king in her crown. Like the figure hiding around the corner in the archway, she refuses to obey and come into the presence of the drunken king and his retinue, for their gratuitous ogling. Frenetic brushwork and unusually juxtaposed, lurid colours work here to stir up the heightened atmosphere that pervades the palace of an easily influenced despot liable to fly into a rage at the slightest provocation and prone to sweeping pronouncements that impact the lives of countless subjects.

In Marc Chagall’s interpretation, it might be said that it is the king who appears to be the buffoon. Adorned in an oversized, decorated gown and crown, outward appearances matter to this king. Chagall’s Vashti, seen in profile, is reflective and calm as she turns her back on the puffed-up king and his entourage. Ahasuerus looms larger-than-life, towering over his four diminutive companions, at the top of stairs; the location might be the city gate, the palace gate, or the entrance to a dungeon of sorts. It would seem the king has come into the presence of Vashti, even if only to banish her forever from his. This is an interesting reversal of Vashti’s refusal to come into the presence of the king. It is telling that Esther, the new queen to follow, also greatly fears coming into the presence of the king, most especially unbidden, as the consequence may be death (4:9–11).

Midrashim on Vashti abound, and we are informed that she was the daughter of King Belshazzar of Babylon and the great-granddaughter of King Nebuchadnezzar, the one responsible for the destruction of the first Temple in Jerusalem (Berlin 2001: liii, 14). On account of her ethnicity and familial lineage (extending back through Babylonian royalty—historic persecutors of the Hebrew people), Vashti is not entitled to sympathy from the Jewish reader. Chagall’s sensitive portrayal of Vashti, situating her close to the viewer in the foreground of his work, is thus another reversal of the conventional reception of this text. He arouses our pathos for her predicament. She retains her crown and her dignity, yet her almost diaphanous dress features many eyes suggestive not just of peacock magnificence but also of the objectifying male gaze from which she withdraws and protectively covers herself.

The narrative opens with a description of power, wealth, and grandeur on a stupendous scale. This is an aspect of the Esther story that made it fittingly attractive as a parable to decorate the sumptuous wedding chests that marked marital alliances in Florentine patrician society. The cassoni were paraded through the city streets, behind the wedding party, as part of the wedding procession—another carnivalesque context. Filippino Lippi’s banished Vashti, not unlike Chagall’s, steps forward tentatively, but is demure and resigned to her fate. Her dignity and autonomy are intact, if not her crown—despite the precariousness of her new situation. 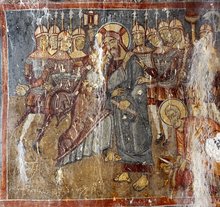