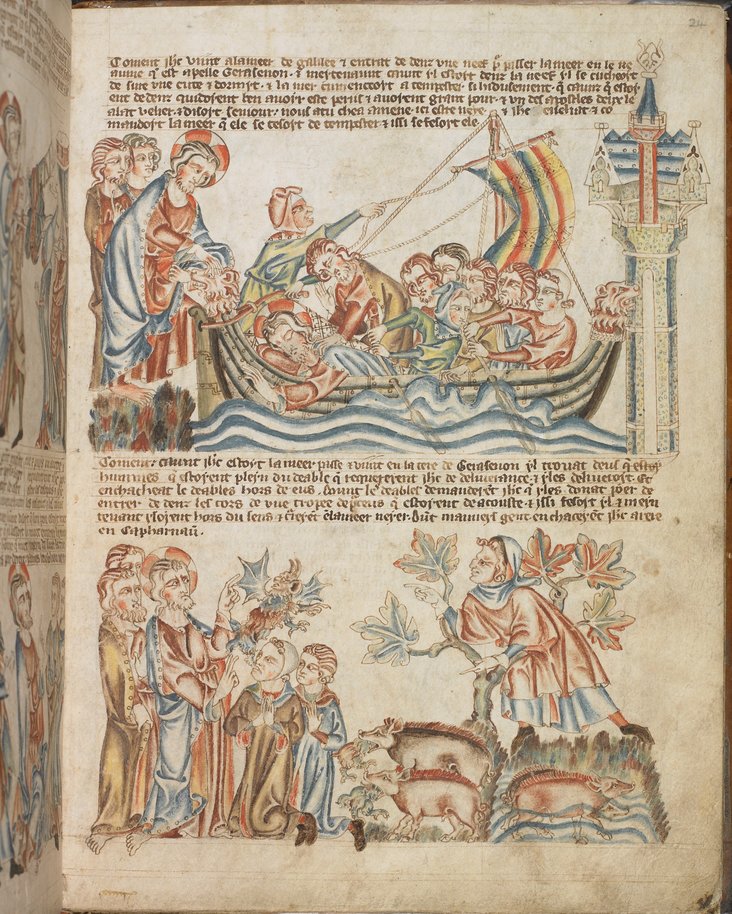 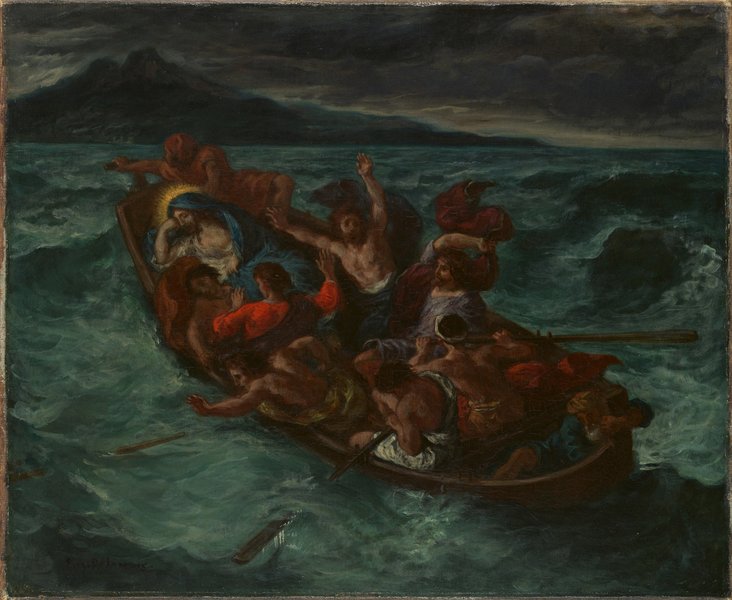 23 And when he got into the boat, his disciples followed him. 24And behold, there arose a great storm on the sea, so that the boat was being swamped by the waves; but he was asleep. 25And they went and woke him, saying, “Save, Lord; we are perishing.” 26And he said to them, “Why are you afraid, O men of little faith?” Then he rose and rebuked the winds and the sea; and there was a great calm. 27And the men marveled, saying, “What sort of man is this, that even winds and sea obey him?”

35 On that day, when evening had come, he said to them, “Let us go across to the other side.” 36And leaving the crowd, they took him with them in the boat, just as he was. And other boats were with him. 37And a great storm of wind arose, and the waves beat into the boat, so that the boat was already filling. 38But he was in the stern, asleep on the cushion; and they woke him and said to him, “Teacher, do you not care if we perish?” 39And he awoke and rebuked the wind, and said to the sea, “Peace! Be still!” And the wind ceased, and there was a great calm. 40He said to them, “Why are you afraid? Have you no faith?” 41And they were filled with awe, and said to one another, “Who then is this, that even wind and sea obey him?”

22 One day he got into a boat with his disciples, and he said to them, “Let us go across to the other side of the lake.” So they set out, 23and as they sailed he fell asleep. And a storm of wind came down on the lake, and they were filling with water, and were in danger. 24And they went and woke him, saying, “Master, Master, we are perishing!” And he awoke and rebuked the wind and the raging waves; and they ceased, and there was a calm. 25He said to them, “Where is your faith?” And they were afraid, and they marveled, saying to one another, “Who then is this, that he commands even wind and water, and they obey him?”