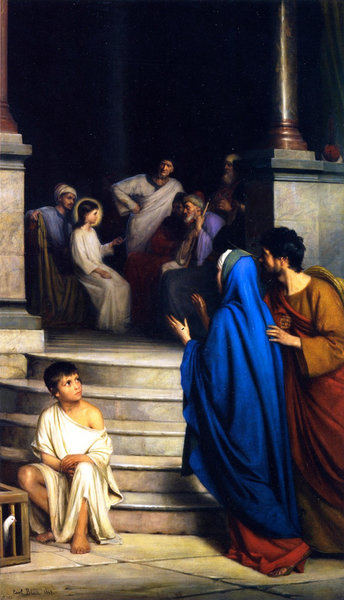 The text describes Mary and Joseph’s reaction at finding their son with one word, ‘astonished’ (Luke 2:48; ekplēsso). Within this context, the word could connote a variety of heightened, perhaps even conflicting, emotions and responses—responses which Bloch keeps mostly hidden in his painting. He depicts Mary and Joseph with their backs to the viewer, inviting us to imaginatively ‘complete’ the expressions on their faces. 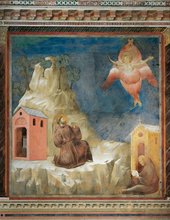