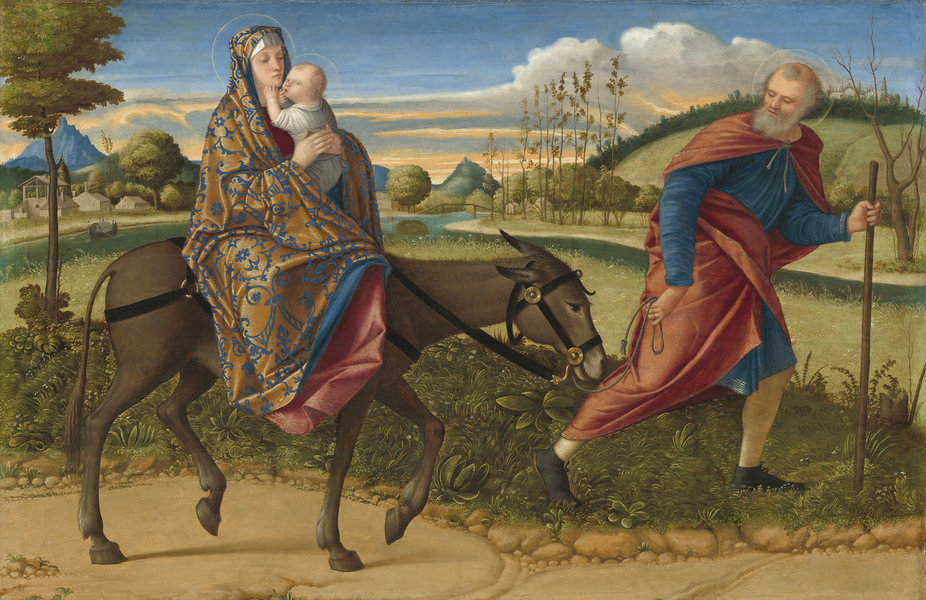 In the background on the far left of the panel, a prominent rugged mountain appears behind the vibrant tree which connects heaven and earth, the divine and the human. Is this merely a nod in the direction of the Dolomite Mountains, bordering the Veneto countryside to the north? Or does it recall that great mountain, Mount Sinai, the place of encounter between God and Moses after the departure from Egypt?

In the centre of the composition, a bridge straddles the river, reminding the viewer that water is a barrier, but one which can be crossed. God’s people passed through the water dry-shod as they left the land of Egypt on their Exodus journey to freedom. Later, they would cross the River Jordan, to enter the land of promise. The adult Jesus will also come to the Jordan to be baptized, on the verge of his public ministry. Carpaccio seems to have understood this well: Christ is the new Israel, whose journey to Egypt is but the first stage in a new Exodus, whereby he will ‘save his people from their sins’ (Matthew 1:21). 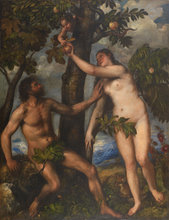