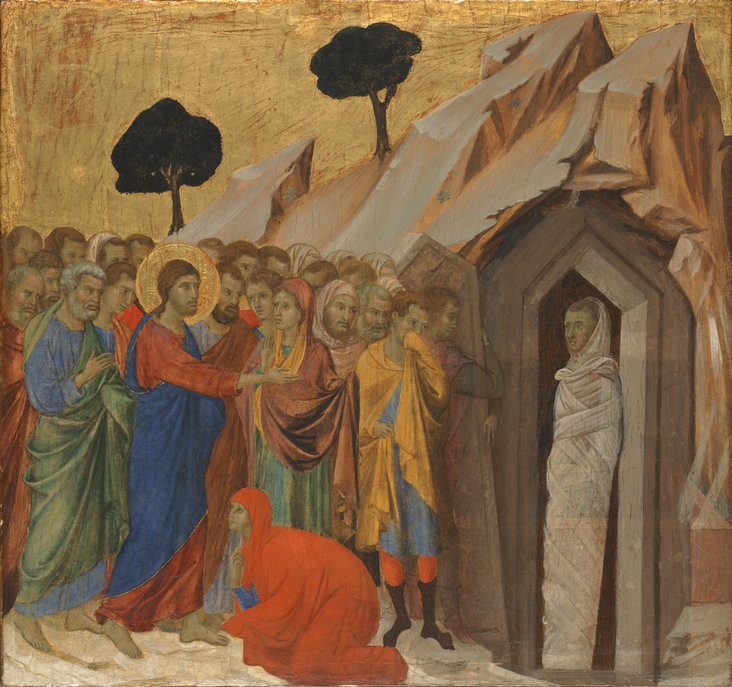 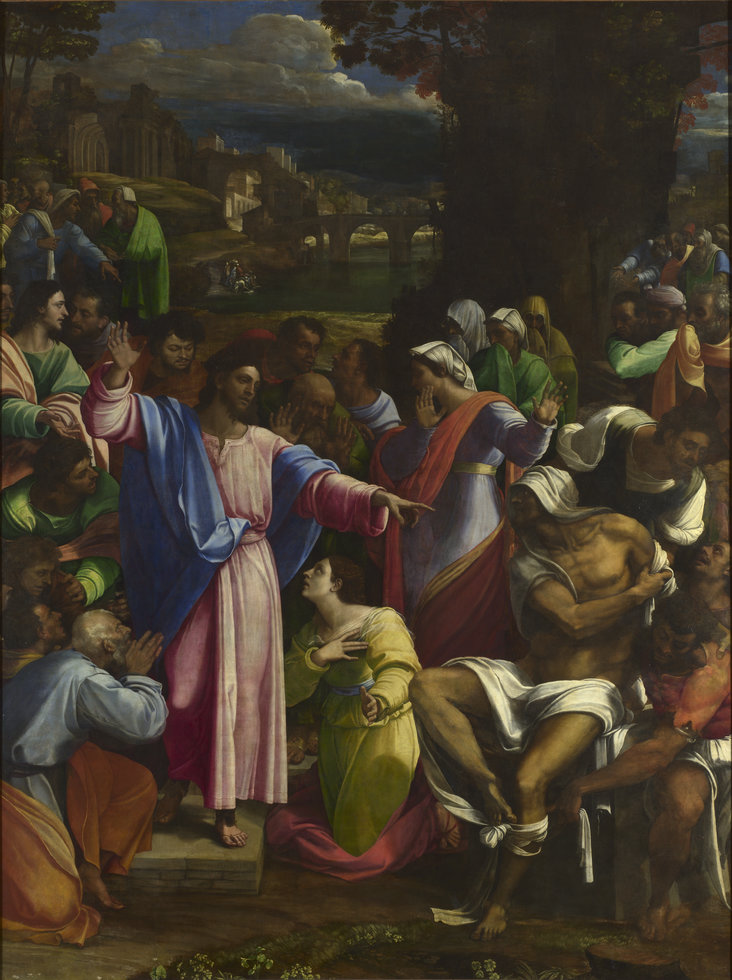 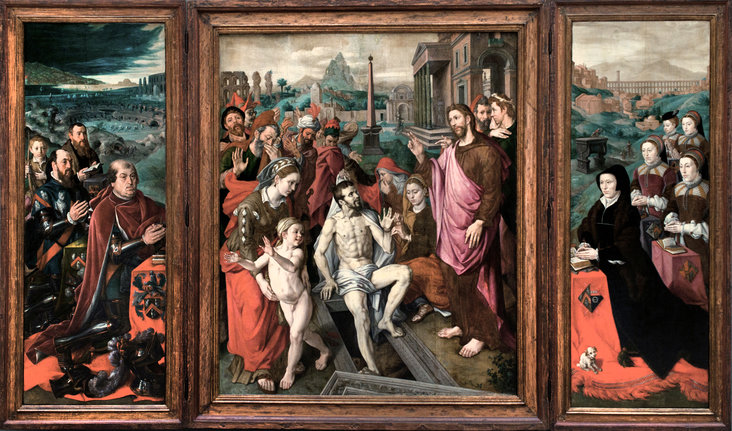 11 Now a certain man was ill, Lazʹarus of Bethany, the village of Mary and her sister Martha. 2It was Mary who anointed the Lord with ointment and wiped his feet with her hair, whose brother Lazʹarus was ill. 3So the sisters sent to him, saying, “Lord, he whom you love is ill.” 4But when Jesus heard it he said, “This illness is not unto death; it is for the glory of God, so that the Son of God may be glorified by means of it.”

5 Now Jesus loved Martha and her sister and Lazʹarus. 6So when he heard that he was ill, he stayed two days longer in the place where he was. 7Then after this he said to the disciples, “Let us go into Judea again.” 8The disciples said to him, “Rabbi, the Jews were but now seeking to stone you, and are you going there again?” 9Jesus answered, “Are there not twelve hours in the day? If any one walks in the day, he does not stumble, because he sees the light of this world. 10But if any one walks in the night, he stumbles, because the light is not in him.” 11Thus he spoke, and then he said to them, “Our friend Lazʹarus has fallen asleep, but I go to awake him out of sleep.” 12The disciples said to him, “Lord, if he has fallen asleep, he will recover.” 13Now Jesus had spoken of his death, but they thought that he meant taking rest in sleep. 14Then Jesus told them plainly, “Lazʹarus is dead; 15and for your sake I am glad that I was not there, so that you may believe. But let us go to him.” 16Thomas, called the Twin, said to his fellow disciples, “Let us also go, that we may die with him.”

17 Now when Jesus came, he found that Lazʹarus had already been in the tomb four days. 18Bethany was near Jerusalem, about two miles off, 19and many of the Jews had come to Martha and Mary to console them concerning their brother. 20When Martha heard that Jesus was coming, she went and met him, while Mary sat in the house. 21Martha said to Jesus, “Lord, if you had been here, my brother would not have died. 22And even now I know that whatever you ask from God, God will give you.” 23Jesus said to her, “Your brother will rise again.” 24Martha said to him, “I know that he will rise again in the resurrection at the last day.” 25Jesus said to her, “I am the resurrection and the life; he who believes in me, though he die, yet shall he live, 26and whoever lives and believes in me shall never die. Do you believe this?” 27She said to him, “Yes, Lord; I believe that you are the Christ, the Son of God, he who is coming into the world.”

28 When she had said this, she went and called her sister Mary, saying quietly, “The Teacher is here and is calling for you.” 29And when she heard it, she rose quickly and went to him. 30Now Jesus had not yet come to the village, but was still in the place where Martha had met him. 31When the Jews who were with her in the house, consoling her, saw Mary rise quickly and go out, they followed her, supposing that she was going to the tomb to weep there. 32Then Mary, when she came where Jesus was and saw him, fell at his feet, saying to him, “Lord, if you had been here, my brother would not have died.” 33When Jesus saw her weeping, and the Jews who came with her also weeping, he was deeply moved in spirit and troubled; 34and he said, “Where have you laid him?” They said to him, “Lord, come and see.” 35Jesus wept. 36So the Jews said, “See how he loved him!” 37But some of them said, “Could not he who opened the eyes of the blind man have kept this man from dying?”

38 Then Jesus, deeply moved again, came to the tomb; it was a cave, and a stone lay upon it. 39Jesus said, “Take away the stone.” Martha, the sister of the dead man, said to him, “Lord, by this time there will be an odor, for he has been dead four days.” 40Jesus said to her, “Did I not tell you that if you would believe you would see the glory of God?” 41So they took away the stone. And Jesus lifted up his eyes and said, “Father, I thank thee that thou hast heard me. 42I knew that thou hearest me always, but I have said this on account of the people standing by, that they may believe that thou didst send me.” 43When he had said this, he cried with a loud voice, “Lazʹarus, come out.” 44The dead man came out, his hands and feet bound with bandages, and his face wrapped with a cloth. Jesus said to them, “Unbind him, and let him go.”