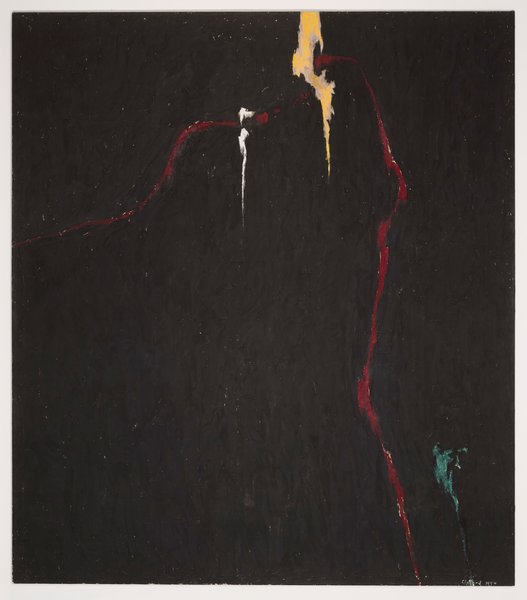 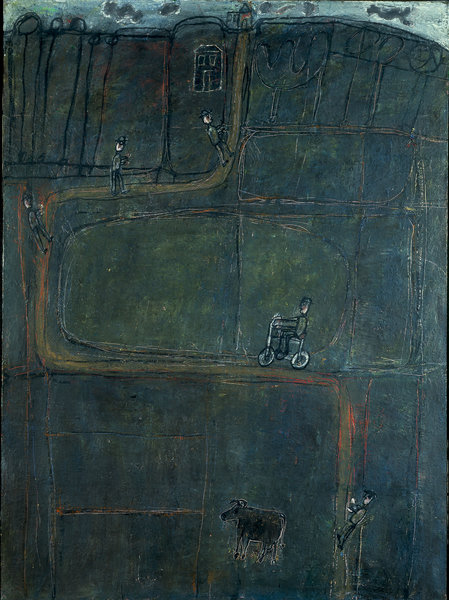 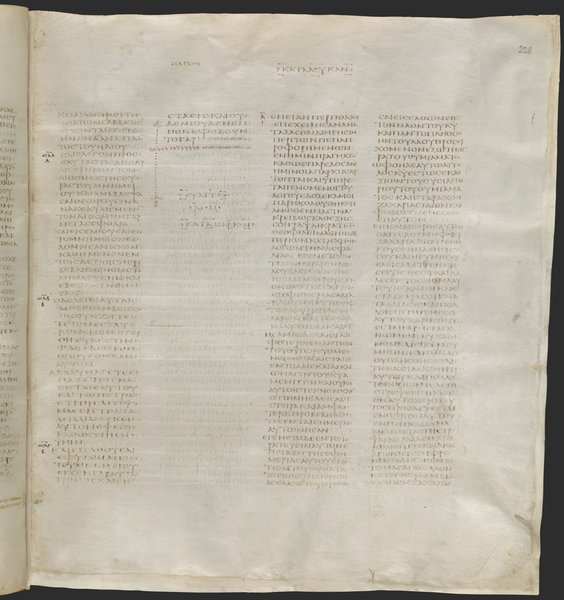 On the Open Road to Galilee

Mark’s ending is puzzling. At no time do we actually see the raised Jesus. There is a strange absence of a resurrection in a Gospel that has promised three times that Jesus will rise from the dead (8:31; 9:30; 10:32–34).

Some scholars argue that there never was a resurrection appearance in Mark’s Gospel. Others counter that the report has simply been lost. Both can point to the earliest extant versions of Mark, one of them the fourth-century Codex Sinaiticus, where the sentence about the women fleeing ends the Gospel. Everyone notes it concludes with an adverb that usually indicates material that is to follow; some observe that Mark’s Greek is especially bad and that here he is being ungrammatical. As any good Bible translation indicates, later scribes furnished their own endings (which modern editions set off from verse 8 or include in a footnote). The authors of Matthew and Luke recorded their own separate resurrection appearances. Nobody knows what Mark intended; authors die and the texts they leave behind take on lives of their own.

The women may not have told anyone (v.8), but someone did, otherwise there would be no Gospel of Mark. The priceless Codex Sinaiticus is testament. After the last line with the terrified women it teases us with an empty column following its inconclusive conclusion. Perhaps we should interpret that space as an invitation to look to other places to find Mark’s real ending. The raised Jesus has gone ahead to Galilee (v.7). Jesus in Mark’s Gospel is always ahead: Jesus commands Peter like Satan to get behind him (8:33); disciples take up their cross to follow him (8:34); Jesus is ahead of the disciples as they travel through Galilee to Jerusalem (10:32). Now they are to get on the road once again, where he is ahead once again. One interpretation is that the ending of Mark’s Gospel is an instruction to go back to chapter one, where the story begins with Jesus himself going into Galilee (1:14), and to see him as the Easter Jesus incognito, with the journey to crucifixion as the path of Easter discipleship. The entirety of Mark’s Gospel should thus be read paradoxically as a sixteen-chapter-long resurrection story. In Mark’s Gospel, the raised Jesus is hidden in plain sight.

How else might we interpret Mark’s ending? One role of artists is to give us eyes to see what we could not otherwise behold or to prompt us to look beyond our conventional ways of seeing with new perspective. Mark with his untutored Greek is like that kind of artist. The art brut movement inaugurated by Jean Dubuffet in the 1940s asks that we attend to perspectives given outside the educated establishment, such as those of children and the mentally ill, to learn to see the world around us afresh and to apprehend what we cannot see so long as our eyes are wide shut.

These artists offer unconventional views and perspectives. In Clyfford Still’s PH-235, suspended lifelines tear away the black and intersect with a broken rust line that at times tentatively crosses the canvas. In Dubuffet’s Men on a Road, textured figures somewhere between two- and three-dimensionality populate, walk, or ride along a multi-coloured road that traverses fields enlivened by blue, green, and yellow, toward a blue and red-hued house situated on the edge of a horizon, an otherwise unknown destination, its entry centred at the top of the road both as an end and an invitation. ‘All roads lead to absurdity and impossibility if we imagine them to be linear’, remarks Dubuffet (1989: 73) in his call to live the vitality his painting commends. ‘There will be no more viewers in my city, only actors’, he announces in his art brut manifesto (1989: 72).

It requires attention and patience to receive these revelations. Like Mark’s Gospel they invite a journey where we learn to see the everyday with new eyes. Perhaps one may even detect the faint outline of a crucified man promising Easter vision if we come and follow. 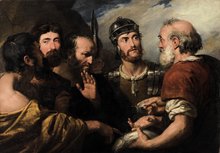 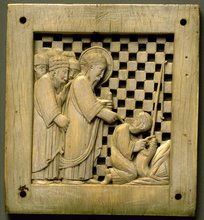 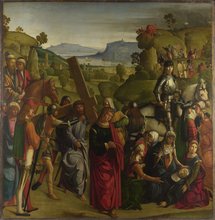 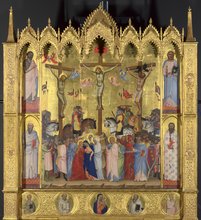