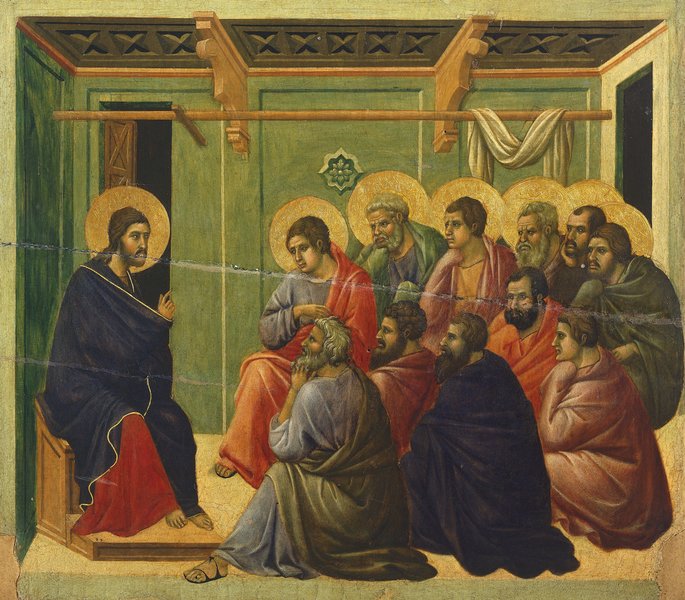 Duccio’s Maestà altarpiece—completed in 1311 and carried in procession from the artist’s workshop to its new home in Siena’s cathedral—intertwined civic and religious significance. It reminds us how art can generate community by precipitating shared reflection on vital questions.

Who are we? Why are we here? Where are we going? Such questions can be approached in a variety of ways, consciously and subconsciously: in joy, love, fear, doubt, anger, hope. However they are approached, they are a fundamental dimension of the conversations that constitute human cultures, their evolution and their transformations.

One such conversation is portrayed in this panel—one of the twenty-six panels depicting the Passion and Resurrection of Christ on the back of the Maestà. It is a conversation about homecoming and, according to Christian tradition, an integral part of the founding of the Church. As recounted in John 16:16–24, the conversation is caught in a tension between the presence and absence of Christ, and is meant to prepare Jesus’s disciples for suffering and death in recognition of a deeper, eternal entry into joy. The inclusion of an open door behind the seated figure of Christ in Duccio’s panel is striking, and its darkness seems deliberately to suggest both uncertainty and future possibility (Rosser 2012: 489–90).

The drama in this panel of the Maestà might not be as apparent as that of the panels surrounding it. All we seem to have is conversation. Yet, as in the Gospel of John, the drama of this conversation offers an interpretative key for reflecting on the events surrounding it. Here the disciples are called, personally and directly, to recognize in the master they have chosen to follow a truth that transcends the distinction between absence and presence—life and death—as we normally conceive of them. And they are called to realize that they too can consciously partake in the same truth. Duccio’s panel challenges us to recognize in Christ, in art, and in each other the transforming power of conversation: through darkness into the possibility of light. 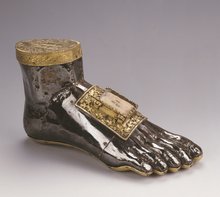 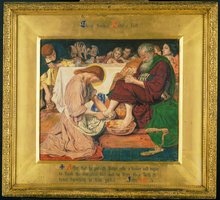 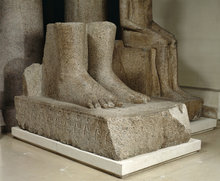 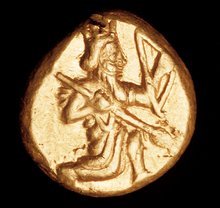