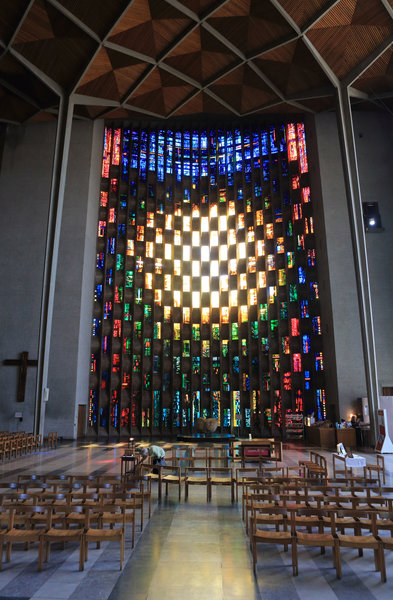 On 14 November 1940, Coventry Cathedral was destroyed in one of the most devastating bombing raids of the Second World War.

A new cathedral was built adjacent to the ruins of the old church between 1956 and 1962. From the earliest stages of the project the architect, Basil Spence, worked collaboratively with other artists. Spence commissioned John Piper to design the windows of the Baptistery, which Piper realized in partnership with glassmaker Patrick Reyntiens.

The curved window contains 198 lights that, together with the stonework, form a grid. The coloured glass is schematically arranged so as to emit a large blaze of light when illuminated, with lights of green, red, and blue surrounding the yellow lights at the centre of the window.

Piper stated that the blaze of light symbolizes the Holy Spirit. The Spirit of God hovered over the face of the water at Creation, just as it descended upon Jesus at his baptism in the Jordan. Here, it is evoked in the light of the window above the cathedral’s place of baptism—a powerful backdrop for the performance of the sacrament.

The blast of light of the window can also be seen as representing the light of Christianity, or the original light of Creation. We can imagine not just the Spirit hovering over the waters, but also the light that God first summoned into being.

There is a long tradition of association between baptism and Creation. In baptism, an individual becomes a member of the church community, and so baptism is itself a moment of new creation. It is a death followed by a rebirth; a transfer from the power of darkness to the power of light. The Baptistery window speaks to the new creation of the individuals who are baptized before it, and of Coventry Cathedral’s rebirth after the war.

As Frances Spalding has noted, when the light is right, the colours of the window are cast on to the Baptistery, making that light a participant in the liturgy of rebirth and recreation that takes place there (2009: 379). 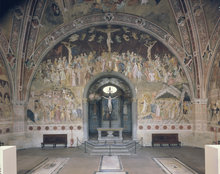 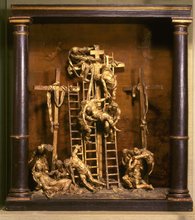 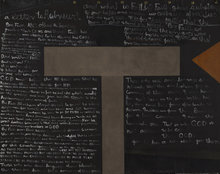 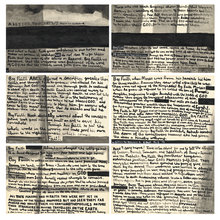