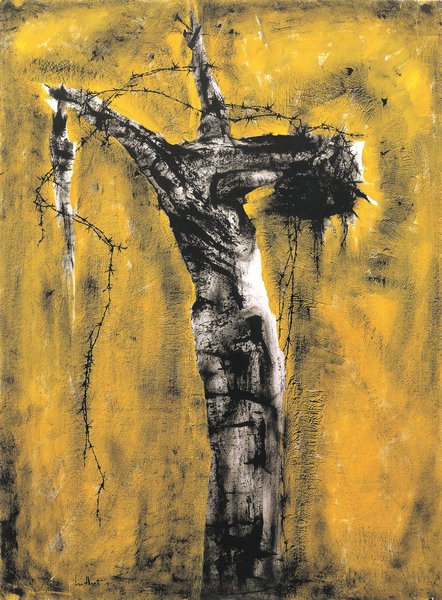 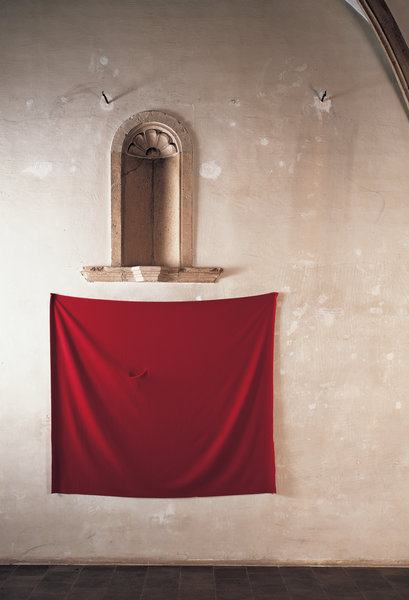 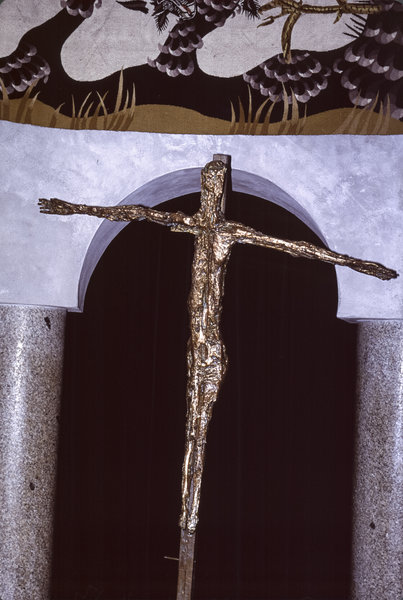 Song of the Suffering Servant

A central motif of Second or Deutero-Isaiah is its concern with ‘the servant of the Lord’. Isaiah 53 (including the final three verses of 52) comprises the last of four so-called Servant Songs written during the period of exile in Babylon (c.540 CE). The identification of this servant remains contentious and the passage as a whole perplexing (Sawyer 2018: 309; Berlin and Brettler 2004: 890–1). Although unnamed in this song, references to the people of Israel in prior and subsequent passages lend substance to a reading of the servant as a collective figure: Israel, or a faithful portion of Israel (cf. 49:1–6; 54:5–8). But there are also interpretations that set the passage within a Messianic tradition (even though no reference to an individual Messiah can be found anywhere else in Deutero-Isaiah), while others believe it refers to individual figures like Jeremiah or Moses (Baltzer 2001: 392–429), or even the author himself (Orlinsky 1967: 92–3). In sum, what is clear from commentators is that Isaiah 53 not only poses enormous challenges to exegesis, to the extent of being deemed incomprehensible in places, but is also subject to ‘flagrant’ eisegetic distortions (Orlinsky 1967: 70).

For many Christians, of course, the identification of the servant as Christ is unequivocal. The prophetic language of Isaiah 53 appears to express with great clarity and conviction the physical subjection and spiritual apotheosis of Christ in his submission to the will of God (cf. Acts 8:27–35). So strong is this apparent Christological application that this chapter is generally omitted from modern Jewish lectionaries (for a typical example see Berlin and Brettler 2004: 2115–7).

Regardless of the Jewish or Christian, historical or prophetic, individual or corporate identity of the servant, the crux of the passage appears to be its message of vicarious suffering (although this too is vigorously disputed in Orlinsky’s reading as a later Christian gloss on the text). In the Old Testament, suffering is sometimes meted out as a punishment for disobedience (Genesis 3:16–19); sometimes it is more instructive than punitive (Job 23:10); and sometimes it has a larger purpose in God’s plan, whereby suffering, even unto death, is congruent with salvation.

Whether the scandal of the cross is prefigured in Isaiah 53, or read back into it by later Christian hermeneutics, its truly radical message is the transition of an abject and humiliated figure into one exalted by God and, moreover, one whose abasement is inflicted through no fault of his own but in atonement for ‘the transgression of my people’ (v.8). It is ‘a thing without precedent’, says Claus Westermann, ‘epoch-making in its importance’.

That a man who was smitten, who was marred beyond human semblance, and who was despised … should be given such approval and significance, and be thus exalted, is in very truth something new and unheard of, going against tradition and all men’s settled ideas. (Westermann 1969: 259–60)

The passage presents a harrowing picture of the servant’s intercessory role—a role that necessarily goes beyond mere suffering. Indeed, what Isaiah 53 teaches us is that suffering is not intrinsically redemptive. Ultimately, it is the death of the servant, not the magnitude of his suffering, that performs the redeeming work (v.12). Viewed in the light of the Christian message of salvation, there can be no atonement for sin without the death and resurrection of Christ.

Nevertheless, whatever hope of redemption is signified by traditional images of the crucifixion, this hope threatens to be overwhelmed by the harsh brutality of its visual treatment in the hands of Germaine Richier and Theyre Lee-Elliott. The sense of ambiguity reflected in the chapter’s many conflicting interpretations is also evident here. For this reason Richier’s sculpture was subjected to the most vituperative criticism. Yet, as her defenders argued, hers is a transfigured Christ. The terrible suffering and ultimate glorification of Christ is synthesized in its rough and pitted yet gleaming bronze surface. In Lee-Elliott’s rendering of the crucified figure, the servant read as Christ may again be found in this pitiable form, or may allude to other possibilities: whether soldier, saviour, or tree remains uncertain.

Anish Kapoor’s minimal sculptural gesture, meanwhile, draws us back to the opening words of the chapter: ‘Who has believed what we have heard? And to whom has the arm of the Lord been revealed?’ (v.1). As the servant is the manifestation of God’s divine purpose, however imperfectly understood, so The Healing of Saint Thomas reminds us that visual experience and belief are closely interwoven, especially when that visuality employs the very barest, and most allusive, of means.

Orlinsky, H.M. 1967. ‘The so-called “Servant of the Lord” and “Suffering Servant” in Second Isaiah’, Studies on the Second Part of the Book of Isaiah (Leiden: E.J. Brill) 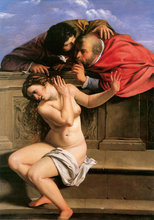 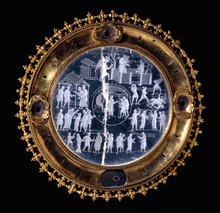 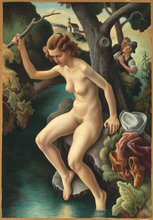 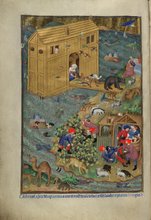 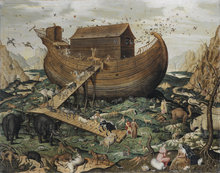