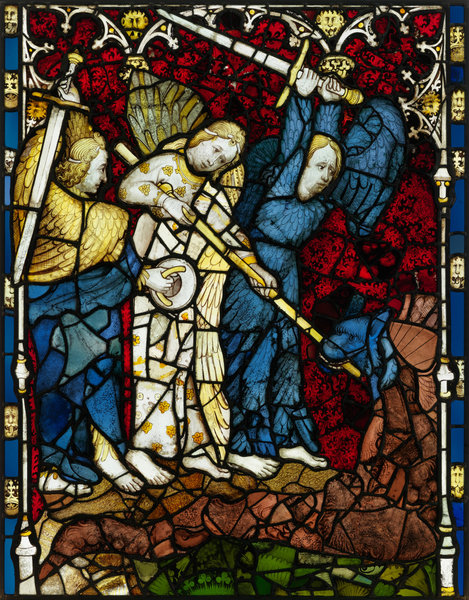 This is pane 7g of York Minster’s East Window, the largest expanse of Gothic stained glass in the United Kingdom. Designed by John Thornton of Coventry between 1405–08, the window consists of 311 panes, depicting (from top to bottom) God the Father and the heavenly company, followed by scenes from Genesis, and then 81 panes dedicated to Revelation. Surrounded by this superabundance of beginning and end-time imagery, pane 7g represents Revelation 12’s fight between the dragon and the heavenly angels.

Thornton’s three-on-one depiction shares many similarities with images from illuminated Apocalypse cycles (e.g. the Douce (c.1260–65), Getty (c.1255–60), and Queen Mary (c.1400–25)). Yet this portrayal is distinct. Unlike these earlier manuscripts, which represent the pierced dragon and the deadly precision of angelic lance work, Thornton represents a different moment: one where the figures are still mid-battle. The finely painted expressions on the angels’ faces show their tumultuous task and reveal that for them the outcome is still unknown. The dragon is below, his blue head biting at the lance extended towards him, while his brown body shows no wounds to indicate that his defeat is near. In this composition, the tense and ongoing battle has no clear outcome.

However, it is only one part of a vast celestialscape that illuminates York Minster’s worship space. Embedded in this sea of decorated glass, this one fight is caught up in a fusion of eternal narratives, and Revelation 12’s war scene is contextualized amongst other heavenly scenes.

As this scene soars above, light streaming through, the ways of the divine realm seem out of our grasp, and the ultimate outcome may not be clear when we only glimpse one small span. This pane holds us in the grip of turmoil—but other events swirl around it, setting such struggles amongst something bigger, something stranger: the heavenly realm breaking out into the earthly. 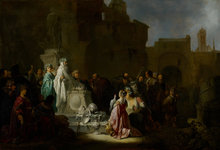 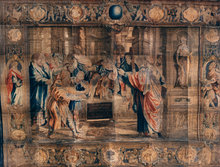 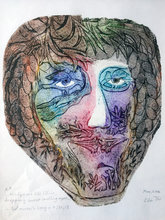 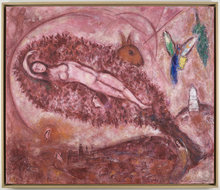