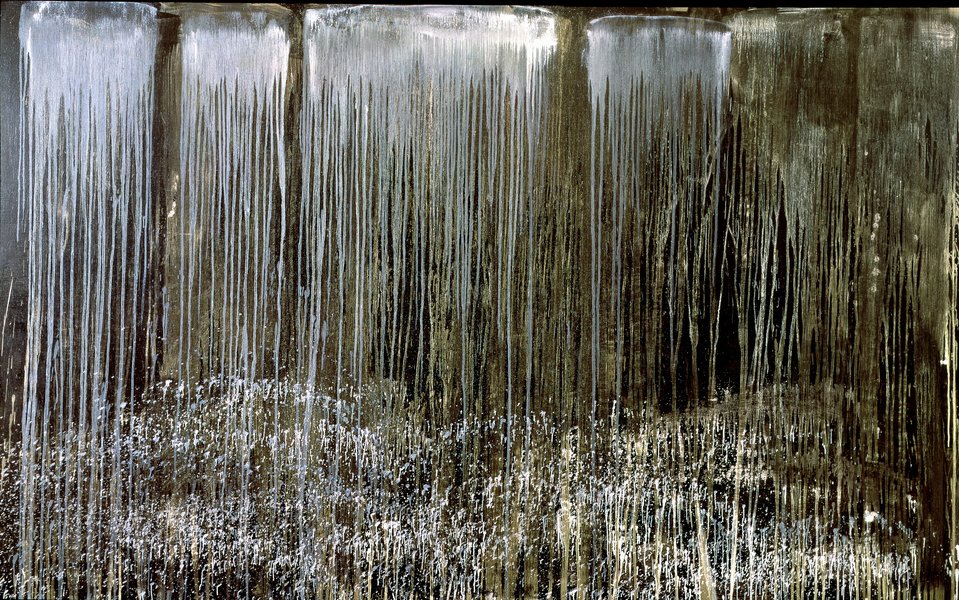 Ready to Be Revealed

In 1 Peter’s first chapter, his recipients are in motion. They are being protected; they are receiving (1 Peter 1:5, 9).

American painter Pat Steir’s Waterfall of the Misty Dawn is not a painting of 1 Peter. It’s not about the epistle or the apostle. But when set alongside the biblical text, it illuminates Peter’s words, inviting us to consider them in a new way.

Steir (b.1940) uses techniques whose names evoke the fluidity of a waterfall: ink-splashing or flung ink (common in Chinese landscape painting), and drip painting, which creates the long, thin vertical lines of paint streaming down the canvas. The suggestion of incessant motion in Steir’s Waterfall can highlight the motion of Peter’s recipients, too. They’re journeying towards their inheritance—imperishable, unfading—which is being kept in the heavenly realm for them. It’s an inheritance that they have to die (and rise) in order to receive.

The very elusiveness of the connections between Peter’s missive and Steir’s waterfall tugs at another important thread of 1 Peter’s first chapter: the theme of seeing and not seeing, of believing while straining forward to see something that has not yet appeared (1 Peter 1:8). The joyful news of their salvation is a mystery long hidden and now revealed. The word ‘revealed’ (Greek apokaluptō and apokalupsis) is repeated three times in these twelve verses. Angels long to see into such things! But even they couldn’t see past the veil.

When one gazes at Steir’s waterfall, one’s eyes are drawn not only to the streams of water but also to what lies behind the shimmering veil. The ‘misty dawn’ in the painting’s title evokes the unfading inheritance that Peter’s recipients are waiting to receive (1 Peter 1:4). The dawn has long been used by Christians to symbolize the arrival of God’s new age—as when Luke’s Gospel describes Jesus’s birth as ‘the dawn from on high’ breaking upon Israel (Luke 1:78), and when Christ is given the title the ‘Dayspring’ (an older word for the dawn). Jesus’s dawning is their living hope, the glory they rejoice in even before they can see it (1 Peter 1:3, 8). 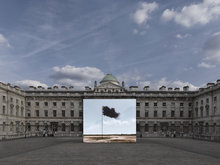 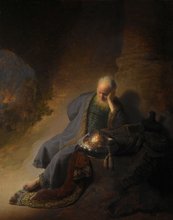 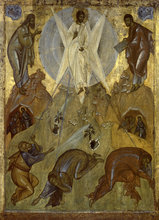 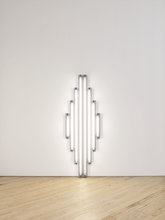 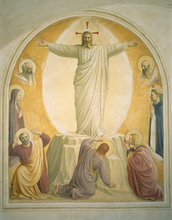