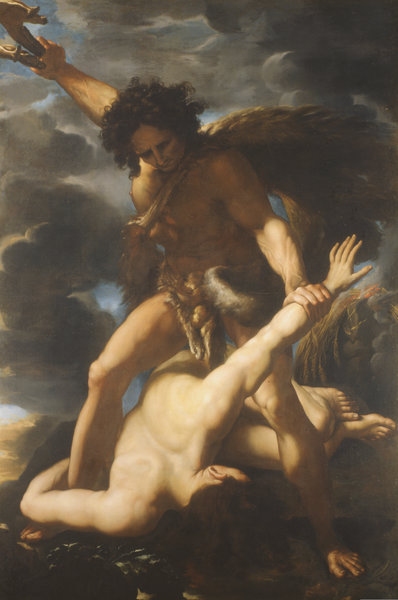 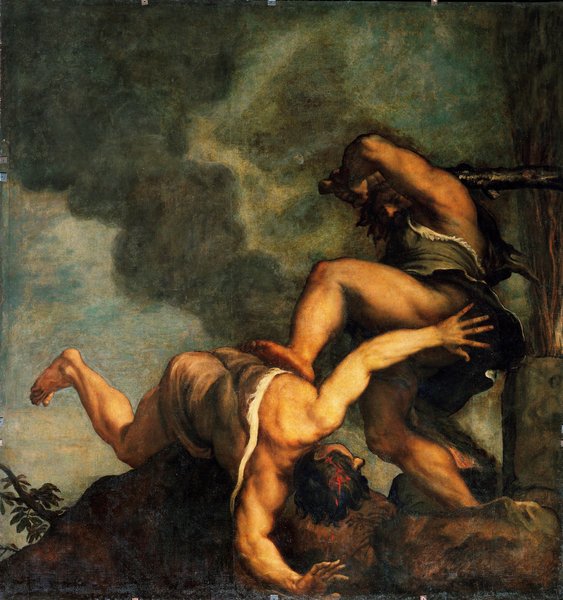 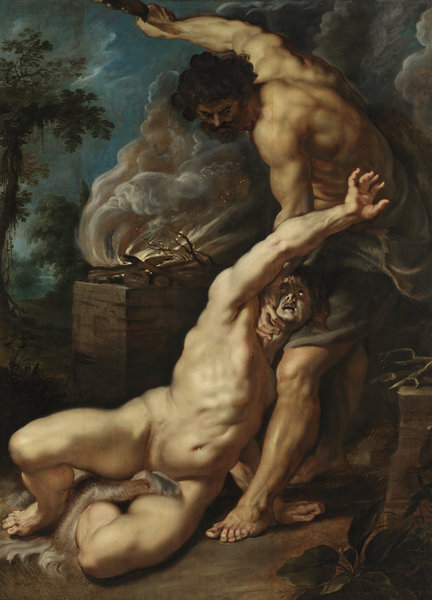 Many readers may struggle with how quickly a good creation is shown to fall from grace in the course of the first chapters of Genesis, and with the rapidity of sin’s subsequent proliferation. They may even question God’s role in both permitting and punishing these transgressions. No sooner has God created Adam and Eve than sin enters the world.

Thrown out of paradise into a life of hardship, our first parents then produce two sons, Cain and his younger brother Abel, one of whom becomes fratricidal. Human beings’ revolt against their creator leads to the revolt of human against fellow human; murder confirms the fallen state of our being and in turn Cain is later killed by his kinsman, Lamech (Genesis 4:23). The narrative is almost exactly rehearsed in the Qur’an (Surah Al-Ma'idah 5:27–31).

The Bible is no stranger to sibling rivalries; they scar its pages. The twin Esau is duped out of his inheritance by Jacob (Genesis 28) and the creation of the Golden Calf strains the relationship between Moses and Aaron, exposing a fault-line in leadership (Exodus 32). Apocryphal writers scapegoated the half-brother Ishmael for quarrelling with Isaac, causing Hagar’s expulsion (Genesis 21:8–14). Joseph is hated and abused by his eleven brothers (Genesis 37:12–28) and Judah, for all his failings, finds favour with God only when he parts from his brothers (Genesis 38).

Sometimes rivalry becomes murder. The Bible contains several examples of this too. The violent death of the shepherd Abel at his brother’s hands is, in other words, far from the only instance of fratricide in the Bible.

Nevertheless, it is the first, and from the early medieval period was certainly the most commonly depicted. (Rare are those who portray the slaughter of Abimelech’s seventy kinsmen (Judges 9:1–6); Absalom devising his brother Amnon’s death (2 Samuel 13:28–29); wise Solomon putting Adonijah to the sword to seize the throne (1 Kings 2:24–25); or King Jehoram slaughtering all of his brothers to insure his own rule (2 Chronicles 21:4).)

Christians have had to ask whether this biblical story of a righteous brother murdered by a sinful brother is better understood as a foreshadowing of the sacrifice of Christ offered in the Mass, or an object lesson in the necessity of faith over works.

The writer of Hebrews takes up Abel as the first of many heroes who—though killed—is still speaking through faith (Hebrews 11:1–4). Although faith is not made explicit as the motive for Abel’s sacrifice in Genesis, it may be surmised from God’s pleasure in it (Genesis 4:4). And it is certain that for Protestant writers and preachers, the sacrifice of Abel came to be viewed through the lens of Hebrews and its emphasis on faith.

The rhetoric could readily be turned into anti-Catholic propaganda. Cain’s fratricide became much talked up as a type of how the first-born (Rome) suppressed the chosen ones of God (Protestantism). When John Calvin preached a sermon on this passage in October 1559, many of his auditors in Geneva would have recalled the notorious murder of a Protestant convert, Juan Diaz, by his twin brother Alfonso in March 1546.

Half a century later, the influential English Puritan preacher William Perkins (d.1602) explicitly identified Cain with a Romish belief that could only be countered by Abel’s justification by faith alone (Perkins 1607: 19) and it was for similar reasons that Henry Ainsworth (d.1622) reminded his readers that Cain was ‘that wicked one, I Ioh.3. 12 that is of the Divil’ (Ainsworth 1616, Sig Ev).

It was left to Catholic artists to celebrate this narrative of an unblemished sacrifice (and innocent victimhood) as a prefiguration of that of Christ’s crucifixion. Although it is not known for whom Peter Paul Rubens painted his work, its altar-flames emphasize the element of sacrifice and suggest that, like the Niccolò Tornioli, it is more than likely to have been a public altarpiece offering a prototype for Christ’s death at Golgotha.

Titian’s Cain and Abel was painted for a ceiling and not as an altarpiece, but its juxtaposition with the two other works in the series—The Sacrifice of Isaac and David and Goliath—indicate that sacrifice was its central theme. All three of these Old Testament episodes were read in Christian tradition as prefiguring aspects of the sacrifice of Christ.

The sacrificed Abel points to the Jesus who, when chastising the Pharisees for their blind teachings, appealed to ‘all the righteous blood shed on earth’ (Matthew 23:35) as a judgement on human sin. Jesus’s own blood would soon be added to this tally. But as with Abel’s sacrifice, the blood shed on the cross would be an offering for which God has ‘regard’ (Genesis 4:4).

Ainsworth, Henry. 1616. Commentarie on the Pentateuch, Psalms and Song of Solomon (London)

Perkins, William. 1607. A clowd of faithfull witnesses, leading to the heavenly Canaan: or A commentarie upon the 11 chapter to the Hebrewes, preached in Cambridge (London) 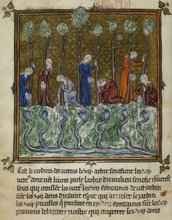 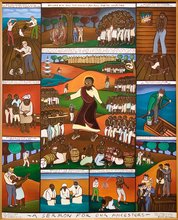 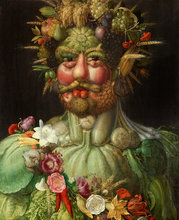