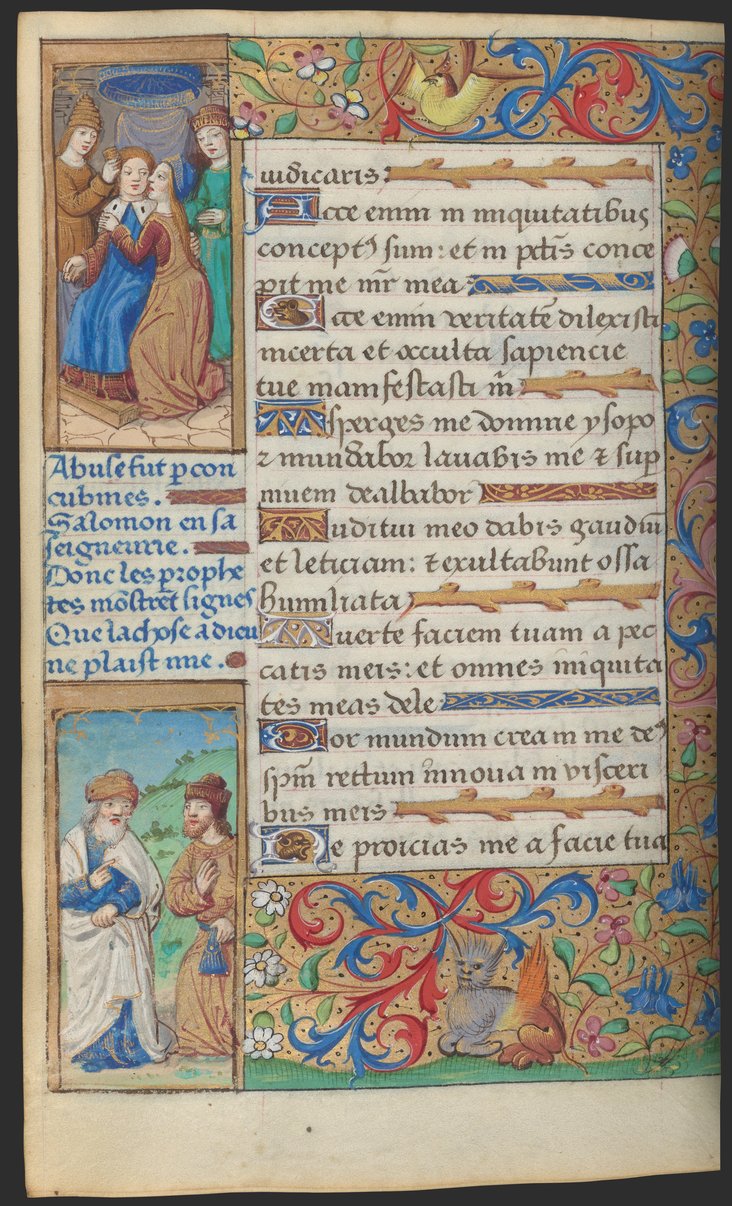 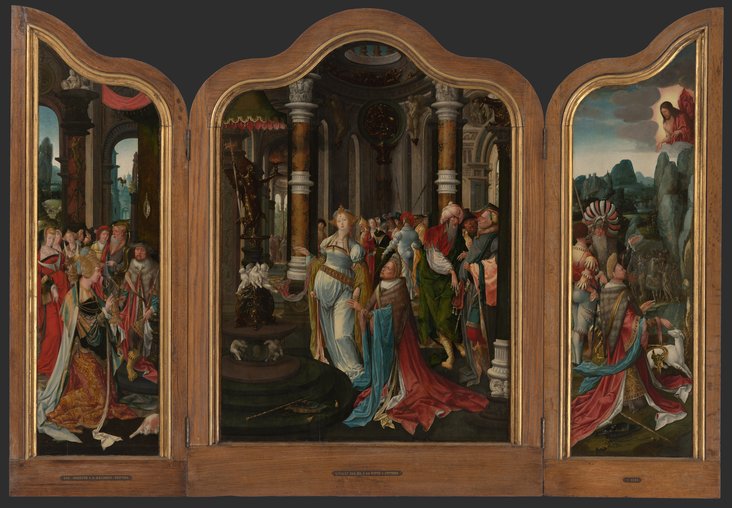 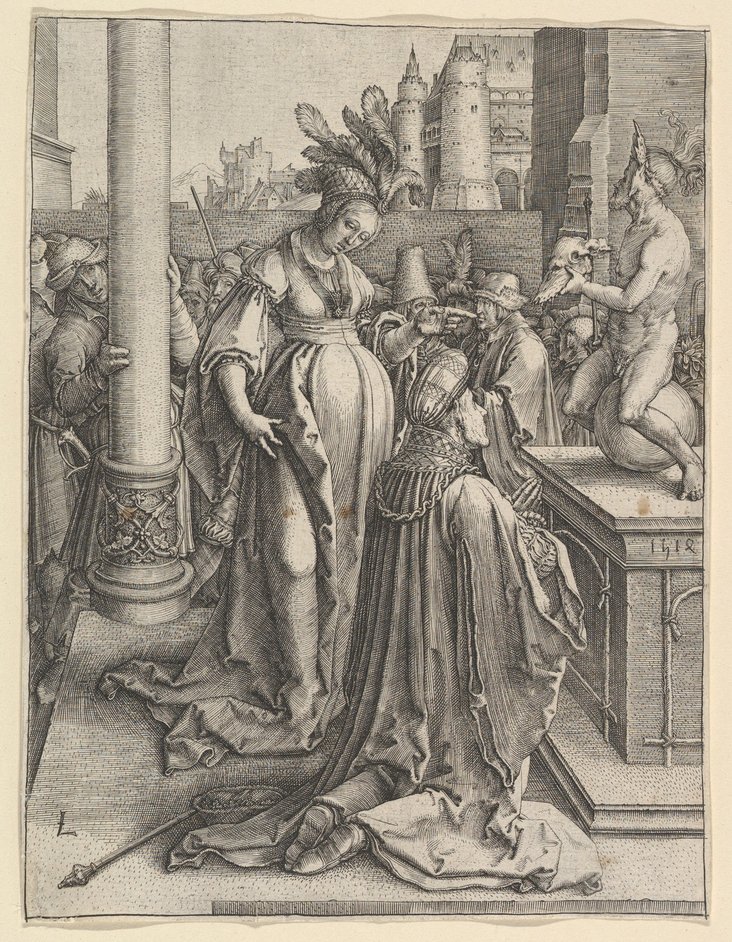 11 Now King Solomon loved many foreign women: the daughter of Pharaoh, and Moabite, Ammonite, Eʹdomite, Sidoʹnian, and Hittite women, 2from the nations concerning which the Lord had said to the people of Israel, “You shall not enter into marriage with them, neither shall they with you, for surely they will turn away your heart after their gods”; Solomon clung to these in love. 3He had seven hundred wives, princesses, and three hundred concubines; and his wives turned away his heart. 4For when Solomon was old his wives turned away his heart after other gods; and his heart was not wholly true to the Lord his God, as was the heart of David his father. 5For Solomon went after Ashʹtoreth the goddess of the Sidoʹnians, and after Milcom the abomination of the Ammonites. 6So Solomon did what was evil in the sight of the Lord, and did not wholly follow the Lord, as David his father had done. 7Then Solomon built a high place for Chemosh the abomination of Moab, and for Molech the abomination of the Ammonites, on the mountain east of Jerusalem. 8And so he did for all his foreign wives, who burned incense and sacrificed to their gods.

9 And the Lord was angry with Solomon, because his heart had turned away from the Lord, the God of Israel, who had appeared to him twice, 10and had commanded him concerning this thing, that he should not go after other gods; but he did not keep what the Lord commanded. 11Therefore the Lord said to Solomon, “Since this has been your mind and you have not kept my covenant and my statutes which I have commanded you, I will surely tear the kingdom from you and will give it to your servant. 12Yet for the sake of David your father I will not do it in your days, but I will tear it out of the hand of your son. 13However I will not tear away all the kingdom; but I will give one tribe to your son, for the sake of David my servant and for the sake of Jerusalem which I have chosen.”

14 And the Lord raised up an adversary against Solomon, Hadad the Eʹdomite; he was of the royal house in Edom. 15For when David was in Edom, and Joʹab the commander of the army went up to bury the slain, he slew every male in Edom 16(for Joʹab and all Israel remained there six months, until he had cut off every male in Edom); 17but Hadad fled to Egypt, together with certain Eʹdomites of his father’s servants, Hadad being yet a little child. 18They set out from Midʹian and came to Paran, and took men with them from Paran and came to Egypt, to Pharaoh king of Egypt, who gave him a house, and assigned him an allowance of food, and gave him land. 19And Hadad found great favor in the sight of Pharaoh, so that he gave him in marriage the sister of his own wife, the sister of Tahʹpenes the queen. 20And the sister of Tahʹpenes bore him Genuʹbath his son, whom Tahʹpenes weaned in Pharaoh’s house; and Genuʹbath was in Pharaoh’s house among the sons of Pharaoh. 21But when Hadad heard in Egypt that David slept with his fathers and that Joʹab the commander of the army was dead, Hadad said to Pharaoh, “Let me depart, that I may go to my own country.” 22But Pharaoh said to him, “What have you lacked with me that you are now seeking to go to your own country?” And he said to him, “Only let me go.”

23 God also raised up as an adversary to him, Rezon the son of Eliʹada, who had fled from his master Hadad-eʹzer king of Zobah. 24And he gathered men about him and became leader of a marauding band, after the slaughter by David; and they went to Damascus, and dwelt there, and made him king in Damascus. 25He was an adversary of Israel all the days of Solomon, doing mischief as Hadad did; and he abhorred Israel, and reigned over Syria.

26 Jeroboʹam the son of Nebat, an Eʹphraimite of Zerʹedah, a servant of Solomon, whose mother’s name was Zeruʹah, a widow, also lifted up his hand against the king. 27And this was the reason why he lifted up his hand against the king. Solomon built the Millo, and closed up the breach of the city of David his father. 28The man Jeroboʹam was very able, and when Solomon saw that the young man was industrious he gave him charge over all the forced labor of the house of Joseph. 29And at that time, when Jeroboʹam went out of Jerusalem, the prophet Ahiʹjah the Shiʹlonite found him on the road. Now Ahiʹjah had clad himself with a new garment; and the two of them were alone in the open country. 30Then Ahiʹjah laid hold of the new garment that was on him, and tore it into twelve pieces. 31And he said to Jeroboʹam, “Take for yourself ten pieces; for thus says the Lord, the God of Israel, ‘Behold, I am about to tear the kingdom from the hand of Solomon, and will give you ten tribes 32(but he shall have one tribe, for the sake of my servant David and for the sake of Jerusalem, the city which I have chosen out of all the tribes of Israel), 33because he has forsaken me, and worshiped Ashʹtoreth the goddess of the Sidoʹnians, Chemosh the god of Moab, and Milcom the god of the Ammonites, and has not walked in my ways, doing what is right in my sight and keeping my statutes and my ordinances, as David his father did. 34Nevertheless I will not take the whole kingdom out of his hand; but I will make him ruler all the days of his life, for the sake of David my servant whom I chose, who kept my commandments and my statutes; 35but I will take the kingdom out of his son’s hand, and will give it to you, ten tribes. 36Yet to his son I will give one tribe, that David my servant may always have a lamp before me in Jerusalem, the city where I have chosen to put my name. 37And I will take you, and you shall reign over all that your soul desires, and you shall be king over Israel. 38And if you will hearken to all that I command you, and will walk in my ways, and do what is right in my eyes by keeping my statutes and my commandments, as David my servant did, I will be with you, and will build you a sure house, as I built for David, and I will give Israel to you. 39And I will for this afflict the descendants of David, but not for ever.’ ” 40Solomon sought therefore to kill Jeroboʹam; but Jeroboʹam arose, and fled into Egypt, to Shishak king of Egypt, and was in Egypt until the death of Solomon.