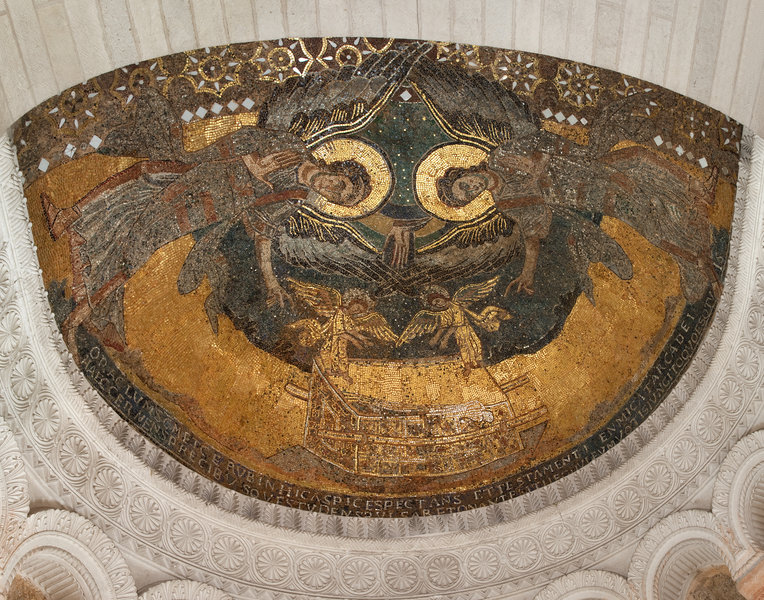 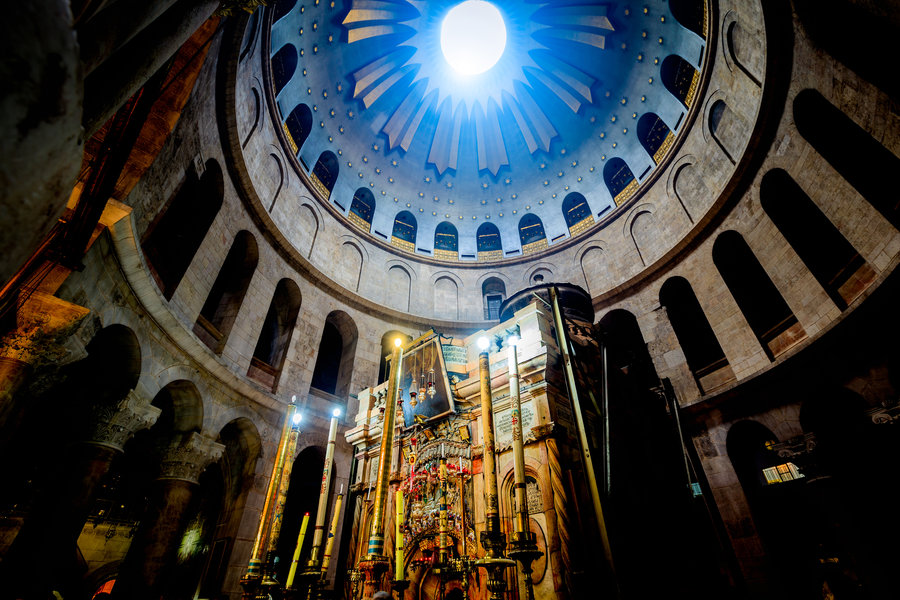 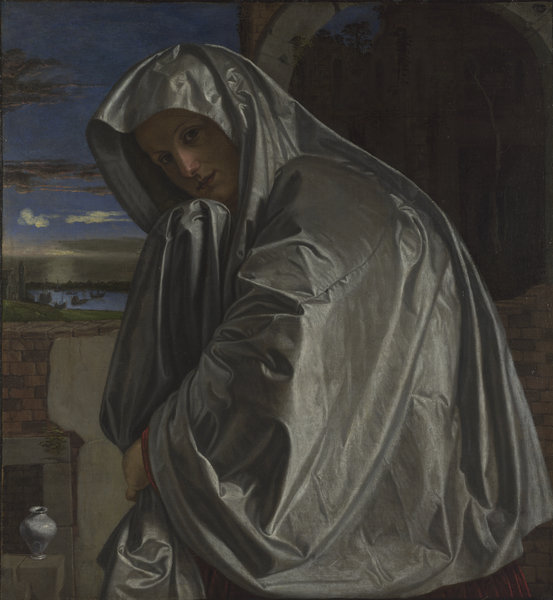 Invited to a New-Born World

A building, a mosaic, and a painting, all of them focused on Easter; and not a single, triumphant recognition—in any of them—of the risen Jesus. This may all seem too indirect, too elusive. But all the three works we look at here are themselves about our capacity for sight: what we can and cannot see with our eyes, in what broader sensory, affective and cognitive contexts, and with what effects upon our inner vision, our insight.

These three artefacts ask us, with minimal diversion, to see—and in doing so to ask ourselves what are we really seeing.

John’s story is riveting. We surely value it, above all, for the precision of its account. Here may be the eye-witness recollection of the evangelist himself, likely to be the figure disguised in the Gospel as the ‘Beloved Disciple’ of Jesus. Here, then, is powerful testimony to the empty tomb of Jesus and so to his bodily resurrection. Here as well are good grounds in the Gospel itself for Christendom’s enduring fascination with Jesus’s shroud and head-cloth.

In all this, however, we are not yet quite seeing all that John invites us to see. John’s whole Gospel is a story of creation: of the old creation giving birth to the new. Day One was the first day of creation, on which God spoke his word into the darkness and there was light. Creation was ‘completed’ on the sixth day (Genesis 2:1–2), with the human beings. God appointed Adam to be the gardener of Eden, and to name its creatures. With their naming, their creation was complete at last. At the Gospel’s end Jesus dies on the sixth day with the climactic words, ‘It is finished’ (John 19:30). John (and only John) has him buried in a garden (19:41–42). The bride in the Bible’s other great garden, in the Song of Solomon, loses her beloved, looks for him and promises that when she finds him she will not let him go, she will take him to the room where her mother conceived her (Song of Solomon 3:1–4). On Easter morning Mary Magdalene thinks Jesus is the gardener; he addresses her by name; and her new creation, her new birth is completed at last. She has found her beloved. How she longs to be near him again. But he is no longer the earthly presence he was.

Jesus’s tomb, a place of death, is revealed to be the new Holy of Holies, the ultimate place of life. The Holy of Holies himself, the intersection of time and eternity, earth and heaven, has been enclosed for two days in his own new sanctuary. The garden of Jesus’s tomb is a paradise, a new Eden; and Mary Magdalene is a new Eve, who had lost the Adam she loves. Jesus and Mary are in a new Eden, at the Holy of Holies in a new-born world.

We might wonder if this is almost too much: too many tunes played on too many apparently uncoordinated instruments. We may need to re-attune our ears. What Bach could create in music, John has composed in his Gospel: a vast fugue whose every variation comes home at last, in this one strange, dream-like story, to its glorious resolution.

The New Testament is suffused with the sense of a new creation; and in these verses John is inviting his readers into it. We are not mere readers, observers of the story like visitors to a gallery passing from picture to picture behind the protective ropes. We are part of the drama; we are in it. As Constantine’s builders knew, we are ourselves to enter Christ’s tomb. As Theodulf knew, we are then in the Holy of Holies. As Savoldo knew, the light of all lights awaits us outside. And so, as they all knew, we are equipped to leave our own tomb and to head up to the crowded, jostling brightness of a new-born world. 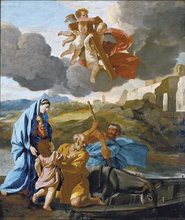