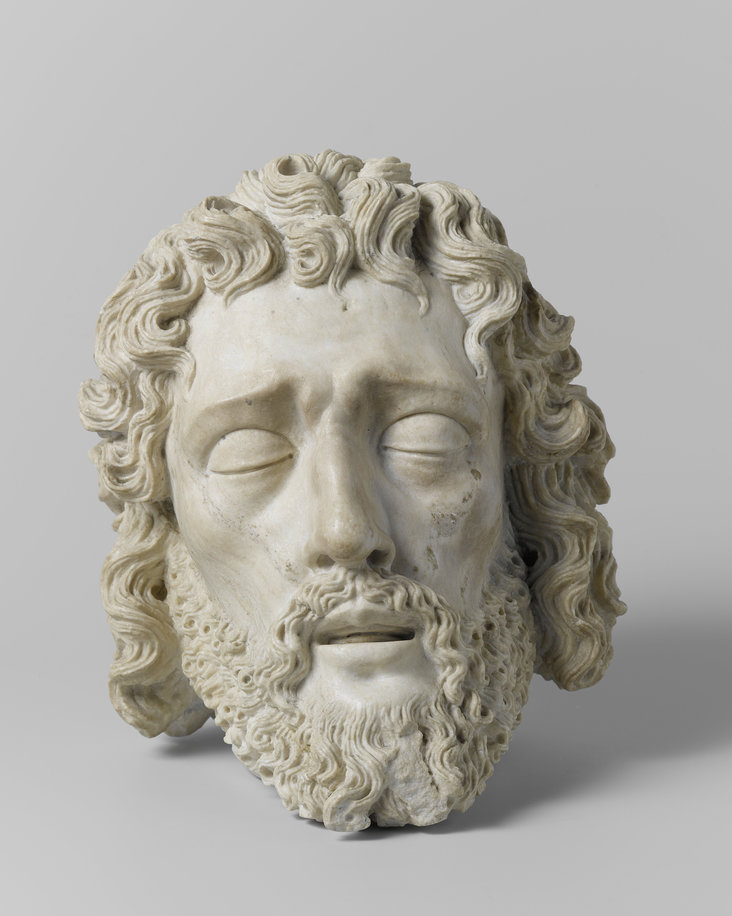 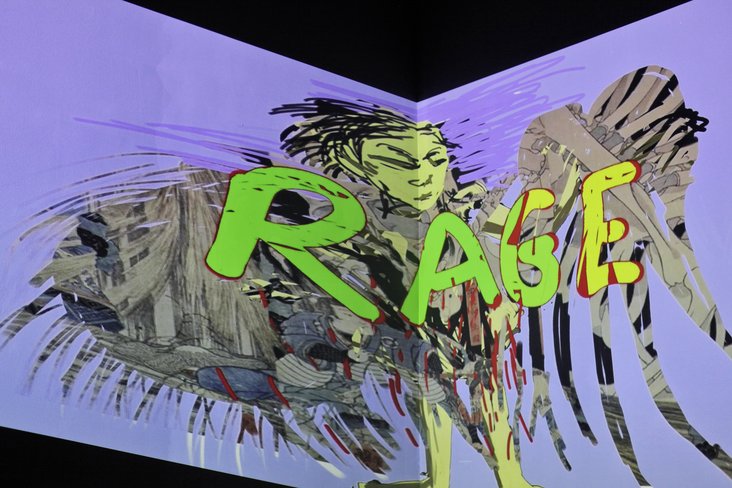 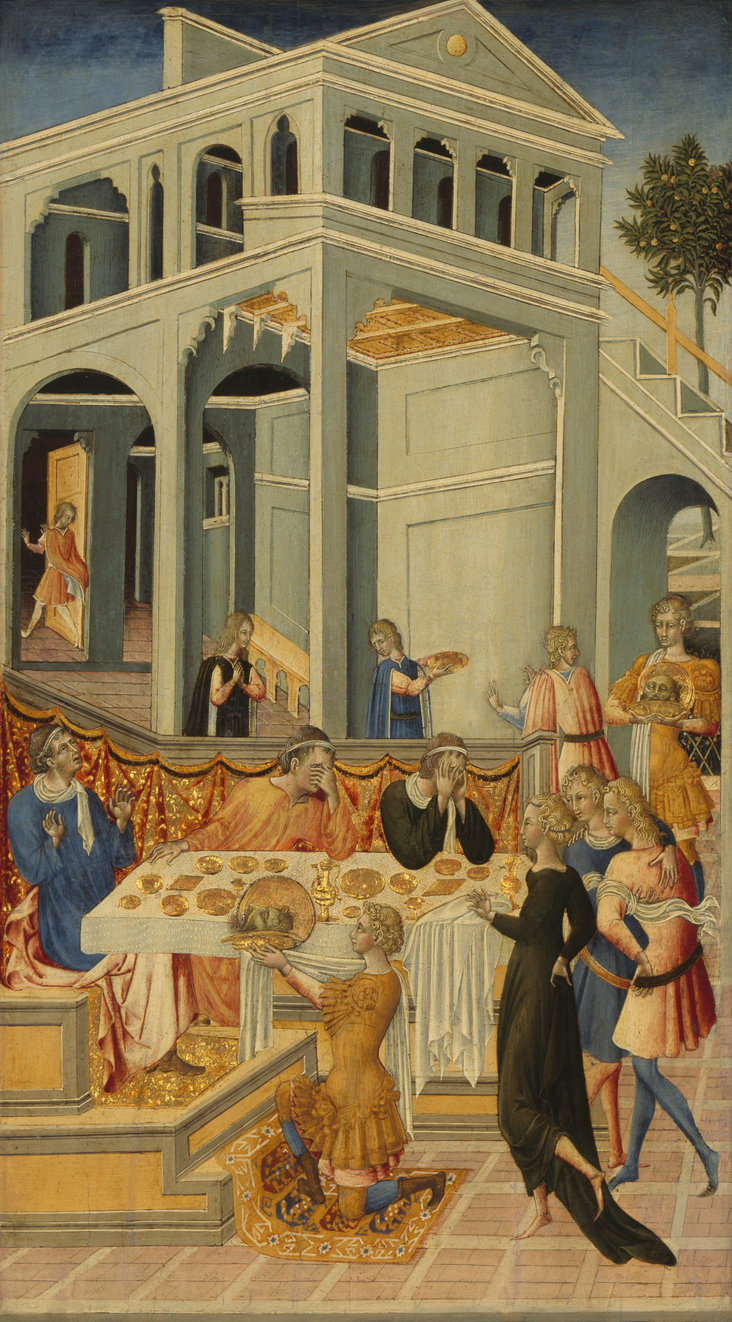 The Beheading of the Baptist

14 At that time Herod the tetrarch heard about the fame of Jesus; 2and he said to his servants, “This is John the Baptist, he has been raised from the dead; that is why these powers are at work in him.” 3For Herod had seized John and bound him and put him in prison, for the sake of Heroʹdi-as, his brother Philip’s wife; 4because John said to him, “It is not lawful for you to have her.” 5And though he wanted to put him to death, he feared the people, because they held him to be a prophet. 6But when Herod’s birthday came, the daughter of Heroʹdi-as danced before the company, and pleased Herod, 7so that he promised with an oath to give her whatever she might ask. 8Prompted by her mother, she said, “Give me the head of John the Baptist here on a platter.” 9And the king was sorry; but because of his oaths and his guests he commanded it to be given; 10he sent and had John beheaded in the prison, 11and his head was brought on a platter and given to the girl, and she brought it to her mother. 12And his disciples came and took the body and buried it; and they went and told Jesus.

14 King Herod heard of it; for Jesus’ name had become known. Some said, “John the baptizer has been raised from the dead; that is why these powers are at work in him.” 15But others said, “It is Eliʹjah.” And others said, “It is a prophet, like one of the prophets of old.” 16But when Herod heard of it he said, “John, whom I beheaded, has been raised.” 17For Herod had sent and seized John, and bound him in prison for the sake of Heroʹdi-as, his brother Philip’s wife; because he had married her. 18For John said to Herod, “It is not lawful for you to have your brother’s wife.” 19And Heroʹdi-as had a grudge against him, and wanted to kill him. But she could not, 20for Herod feared John, knowing that he was a righteous and holy man, and kept him safe. When he heard him, he was much perplexed; and yet he heard him gladly. 21But an opportunity came when Herod on his birthday gave a banquet for his courtiers and officers and the leading men of Galilee. 22For when Heroʹdi-as’ daughter came in and danced, she pleased Herod and his guests; and the king said to the girl, “Ask me for whatever you wish, and I will grant it.” 23And he vowed to her, “Whatever you ask me, I will give you, even half of my kingdom.” 24And she went out, and said to her mother, “What shall I ask?” And she said, “The head of John the baptizer.” 25And she came in immediately with haste to the king, and asked, saying, “I want you to give me at once the head of John the Baptist on a platter.” 26And the king was exceedingly sorry; but because of his oaths and his guests he did not want to break his word to her. 27And immediately the king sent a soldier of the guard and gave orders to bring his head. He went and beheaded him in the prison, 28and brought his head on a platter, and gave it to the girl; and the girl gave it to her mother. 29When his disciples heard of it, they came and took his body, and laid it in a tomb.

7 Now Herod the tetrarch heard of all that was done, and he was perplexed, because it was said by some that John had been raised from the dead, 8by some that Eliʹjah had appeared, and by others that one of the old prophets had risen. 9Herod said, “John I beheaded; but who is this about whom I hear such things?” And he sought to see him.