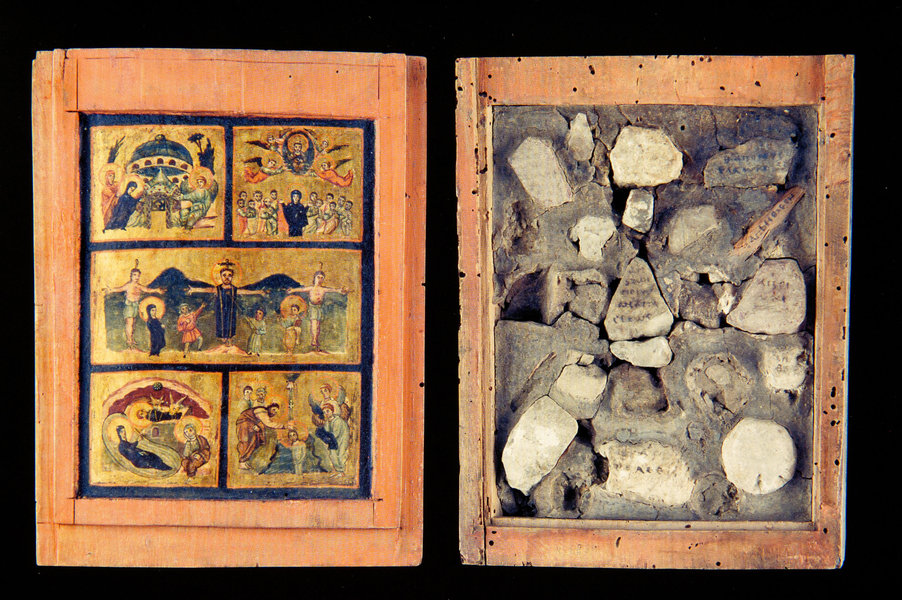 Like many early Christian artefacts, the Palestine box is deceptively humble in appearance, yet charged with spiritual potency. Currently held in the Vatican museums, for centuries the box was kept in the Sancta Sanctorum, the chapel of the fourth-century Lateran complex in Rome. An important site of pilgrimage for the Christian faithful, its treasures took on renewed significance after the fall of the Holy Land in the twelfth century.

The sixth-century box is one of the oldest surviving examples that testifies to a centuries-old practice of collecting souvenirs from the region that continues today. Stones and a splinter of wood, embedded in an ersatz landscape, illustrate the special status accorded holy sites (loca sancta) associated with the life of Christ.

Much like a relic, each object has an inscription which identifies the place from which it was taken, here written in Greek. A splinter of wood jutting on a diagonal is labelled ‘Bethlehem’; the rock in the centre, ‘the place of the Resurrection’ (or the Holy Sepulchre). At top right, a horizontal stone is said to be from the ‘Mount of Olives’. One at the bottom is inscribed as ‘Zion’, a name that seems likely to refer to the citadel on Mount Zion, the site of the Last Supper.

Seven small but carefully rendered paintings decorate the lid of the box. These depict biblical scenes from the life of Christ, which unfold in the places from which the objects were gathered. At the centre, the most prominent of the paintings stages the Crucifixion. Below, two paintings show the earlier Nativity of Christ and the Baptism, respectively. And fittingly, above, we witness the discovery of the empty tomb and Christ's Ascension. From the shape of the lid and the paintings’ remarkable state of preservation, we can infer that the paintings faced down rather than up, nearly touching the fragments of the holy places to which they refer (Nagel 2010: 218).

In this way, the lifeless matter of earth and stone come alive again, returned to their original, holy landscapes, transporting the faithful viewer. 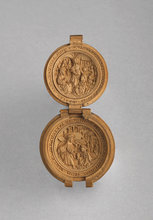 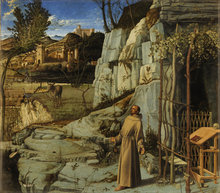