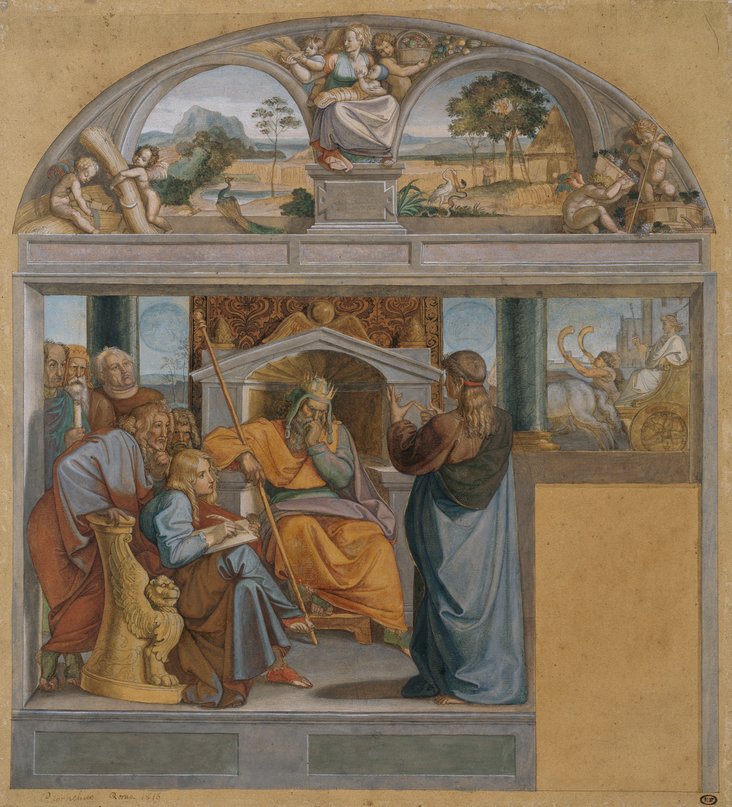 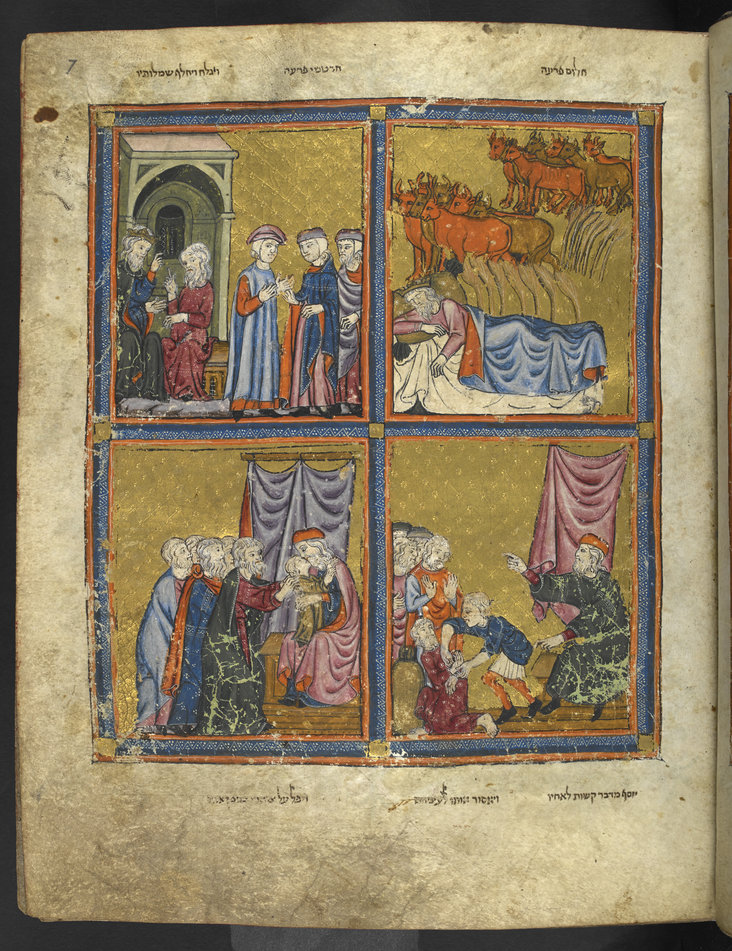 41 After two whole years, Pharaoh dreamed that he was standing by the Nile, 2and behold, there came up out of the Nile seven cows sleek and fat, and they fed in the reed grass. 3And behold, seven other cows, gaunt and thin, came up out of the Nile after them, and stood by the other cows on the bank of the Nile. 4And the gaunt and thin cows ate up the seven sleek and fat cows. And Pharaoh awoke. 5And he fell asleep and dreamed a second time; and behold, seven ears of grain, plump and good, were growing on one stalk. 6And behold, after them sprouted seven ears, thin and blighted by the east wind. 7And the thin ears swallowed up the seven plump and full ears. And Pharaoh awoke, and behold, it was a dream. 8So in the morning his spirit was troubled; and he sent and called for all the magicians of Egypt and all its wise men; and Pharaoh told them his dream, but there was none who could interpret it to Pharaoh.

9 Then the chief butler said to Pharaoh, “I remember my faults today. 10When Pharaoh was angry with his servants, and put me and the chief baker in custody in the house of the captain of the guard, 11we dreamed on the same night, he and I, each having a dream with its own meaning. 12A young Hebrew was there with us, a servant of the captain of the guard; and when we told him, he interpreted our dreams to us, giving an interpretation to each man according to his dream. 13And as he interpreted to us, so it came to pass; I was restored to my office, and the baker was hanged.”

14 Then Pharaoh sent and called Joseph, and they brought him hastily out of the dungeon; and when he had shaved himself and changed his clothes, he came in before Pharaoh. 15And Pharaoh said to Joseph, “I have had a dream, and there is no one who can interpret it; and I have heard it said of you that when you hear a dream you can interpret it.” 16Joseph answered Pharaoh, “It is not in me; God will give Pharaoh a favorable answer.” 17Then Pharaoh said to Joseph, “Behold, in my dream I was standing on the banks of the Nile; 18and seven cows, fat and sleek, came up out of the Nile and fed in the reed grass; 19and seven other cows came up after them, poor and very gaunt and thin, such as I had never seen in all the land of Egypt. 20And the thin and gaunt cows ate up the first seven fat cows, 21but when they had eaten them no one would have known that they had eaten them, for they were still as gaunt as at the beginning. Then I awoke. 22I also saw in my dream seven ears growing on one stalk, full and good; 23and seven ears, withered, thin, and blighted by the east wind, sprouted after them, 24and the thin ears swallowed up the seven good ears. And I told it to the magicians, but there was no one who could explain it to me.”

25 Then Joseph said to Pharaoh, “The dream of Pharaoh is one; God has revealed to Pharaoh what he is about to do. 26The seven good cows are seven years, and the seven good ears are seven years; the dream is one. 27The seven lean and gaunt cows that came up after them are seven years, and the seven empty ears blighted by the east wind are also seven years of famine. 28It is as I told Pharaoh, God has shown to Pharaoh what he is about to do. 29There will come seven years of great plenty throughout all the land of Egypt, 30but after them there will arise seven years of famine, and all the plenty will be forgotten in the land of Egypt; the famine will consume the land, 31and the plenty will be unknown in the land by reason of that famine which will follow, for it will be very grievous. 32And the doubling of Pharaoh’s dream means that the thing is fixed by God, and God will shortly bring it to pass. 33Now therefore let Pharaoh select a man discreet and wise, and set him over the land of Egypt. 34Let Pharaoh proceed to appoint overseers over the land, and take the fifth part of the produce of the land of Egypt during the seven plenteous years. 35And let them gather all the food of these good years that are coming, and lay up grain under the authority of Pharaoh for food in the cities, and let them keep it. 36That food shall be a reserve for the land against the seven years of famine which are to befall the land of Egypt, so that the land may not perish through the famine.”

46 Joseph was thirty years old when he entered the service of Pharaoh king of Egypt. And Joseph went out from the presence of Pharaoh, and went through all the land of Egypt. 47During the seven plenteous years the earth brought forth abundantly, 48and he gathered up all the food of the seven years when there was plenty in the land of Egypt, and stored up food in the cities; he stored up in every city the food from the fields around it. 49And Joseph stored up grain in great abundance, like the sand of the sea, until he ceased to measure it, for it could not be measured.

50 Before the year of famine came, Joseph had two sons, whom Asʹenath, the daughter of Potiʹphera priest of On, bore to him. 51Joseph called the name of the first-born Manasʹseh, “For,” he said, “God has made me forget all my hardship and all my father’s house.” 52The name of the second he called Eʹphraim, “For God has made me fruitful in the land of my affliction.”