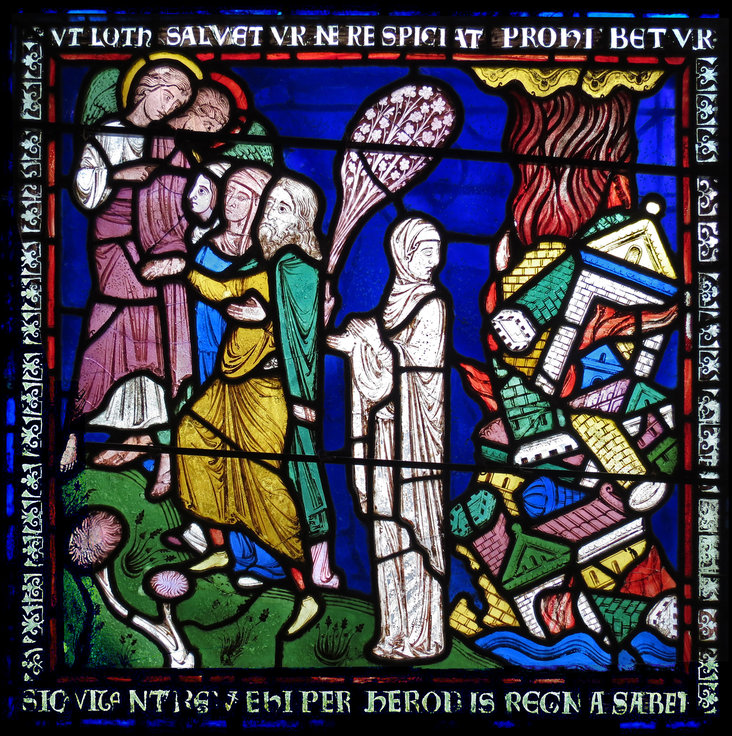 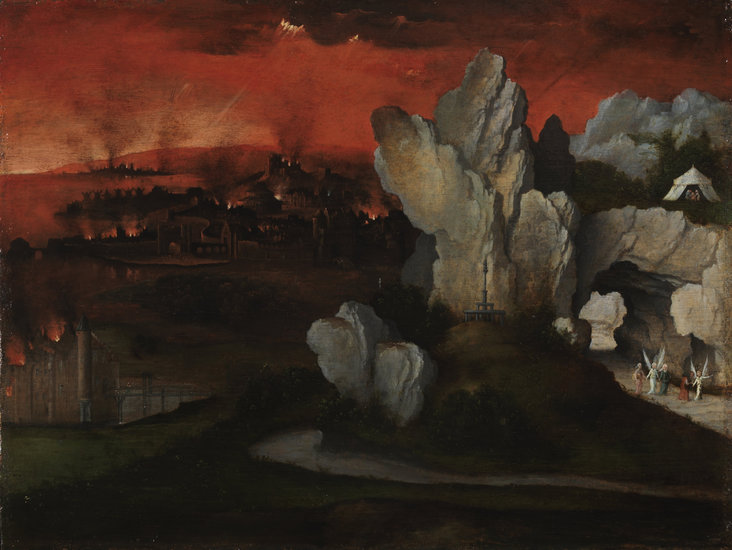 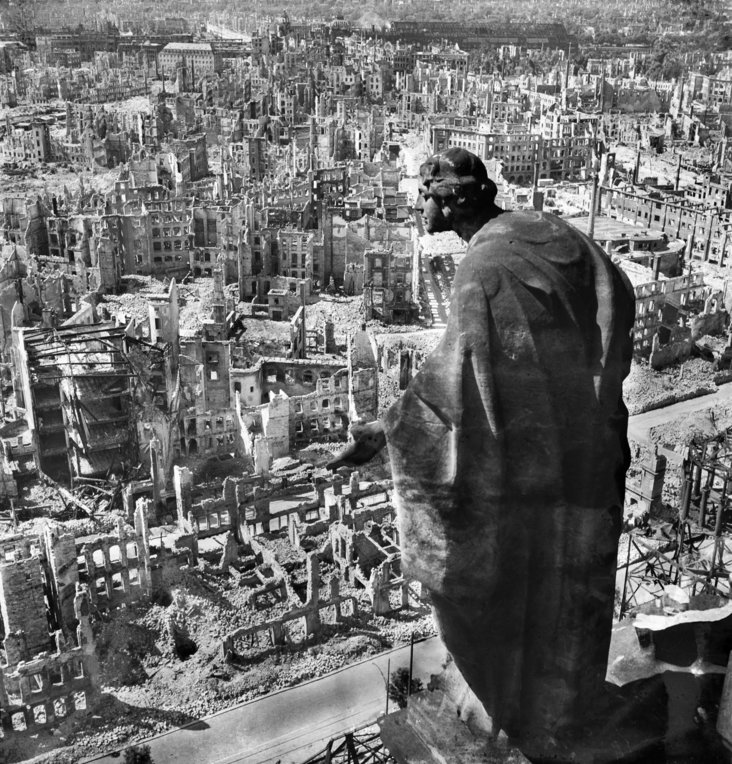 19 The two angels came to Sodom in the evening; and Lot was sitting in the gate of Sodom. When Lot saw them, he rose to meet them, and bowed himself with his face to the earth, 2and said, “My lords, turn aside, I pray you, to your servant’s house and spend the night, and wash your feet; then you may rise up early and go on your way.” They said, “No; we will spend the night in the street.” 3But he urged them strongly; so they turned aside to him and entered his house; and he made them a feast, and baked unleavened bread, and they ate. 4But before they lay down, the men of the city, the men of Sodom, both young and old, all the people to the last man, surrounded the house; 5and they called to Lot, “Where are the men who came to you tonight? Bring them out to us, that we may know them.” 6Lot went out of the door to the men, shut the door after him, 7and said, “I beg you, my brothers, do not act so wickedly. 8Behold, I have two daughters who have not known man; let me bring them out to you, and do to them as you please; only do nothing to these men, for they have come under the shelter of my roof.” 9But they said, “Stand back!” And they said, “This fellow came to sojourn, and he would play the judge! Now we will deal worse with you than with them.” Then they pressed hard against the man Lot, and drew near to break the door. 10But the men put forth their hands and brought Lot into the house to them, and shut the door. 11And they struck with blindness the men who were at the door of the house, both small and great, so that they wearied themselves groping for the door.

12 Then the men said to Lot, “Have you any one else here? Sons-in-law, sons, daughters, or any one you have in the city, bring them out of the place; 13for we are about to destroy this place, because the outcry against its people has become great before the Lord, and the Lord has sent us to destroy it.” 14So Lot went out and said to his sons-in-law, who were to marry his daughters, “Up, get out of this place; for the Lord is about to destroy the city.” But he seemed to his sons-in-law to be jesting.

15 When morning dawned, the angels urged Lot, saying, “Arise, take your wife and your two daughters who are here, lest you be consumed in the punishment of the city.” 16But he lingered; so the men seized him and his wife and his two daughters by the hand, the Lord being merciful to him, and they brought him forth and set him outside the city. 17And when they had brought them forth, they said, “Flee for your life; do not look back or stop anywhere in the valley; flee to the hills, lest you be consumed.” 18And Lot said to them, “Oh, no, my lords; 19behold, your servant has found favor in your sight, and you have shown me great kindness in saving my life; but I cannot flee to the hills, lest the disaster overtake me, and I die. 20Behold, yonder city is near enough to flee to, and it is a little one. Let me escape there—is it not a little one?—and my life will be saved!” 21He said to him, “Behold, I grant you this favor also, that I will not overthrow the city of which you have spoken. 22Make haste, escape there; for I can do nothing till you arrive there.” Therefore the name of the city was called Zoʹar. 23The sun had risen on the earth when Lot came to Zoʹar.

24 Then the Lord rained on Sodom and Gomorʹrah brimstone and fire from the Lord out of heaven; 25and he overthrew those cities, and all the valley, and all the inhabitants of the cities, and what grew on the ground. 26But Lot’s wife behind him looked back, and she became a pillar of salt. 27And Abraham went early in the morning to the place where he had stood before the Lord; 28and he looked down toward Sodom and Gomorʹrah and toward all the land of the valley, and beheld, and lo, smoke of the land went up like the smoke of a furnace.

29 So it was that, when God destroyed the cities of the valley, God remembered Abraham, and sent Lot out of the midst of the overthrow, when he overthrew the cities in which Lot dwelt.