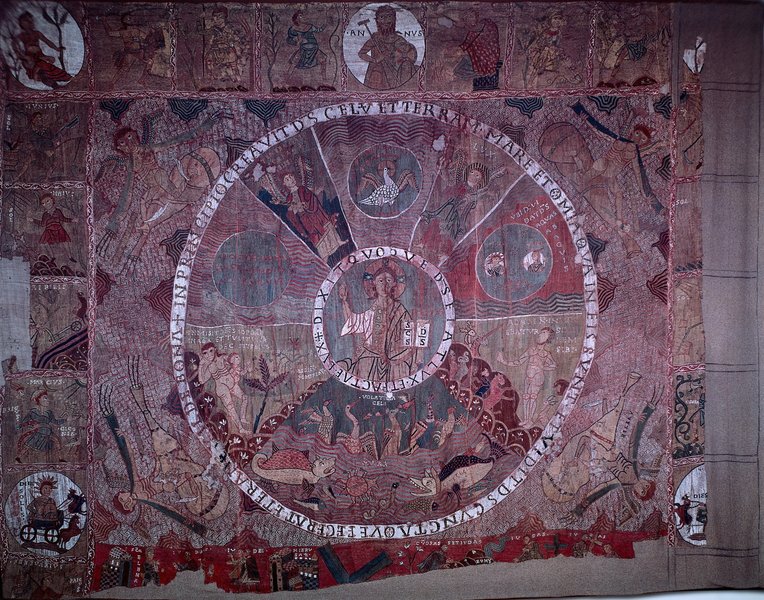 Dominion Over All the Earth

It was a staple of medieval art to portray an exalted Christ. Here, enthroned at the centre of a great ‘tapestry’ (in fact, wool-embroidered linen), an eternally youthful, beardless Christ presides as the supreme ‘image … [and] likeness of God’ (Genesis 1:27). Christ is described in the New Testament in such terms, and as the source of light and life (Colossians 1:15–17; John 1:1–5), he blesses and unites creation. Angels are in attendance above him, framing the Holy Spirit in the form of a dove. Below him we see the first humans, and animals—including a unicorn—some of whom look to Adam for their names. Excerpts from Genesis in Latin identify the scene: the outer circle begins with 1:1 and ends with 1:31; the inner circle quotes from 1:3.

Various motifs in the work have Classical precedents. At the cardinal points of the inside corners are personifications of the wind gods (anemoi) blowing trumpets. The outer rectangle has the year (annus) at the top, flanked by the agricultural seasons, and the Labours of the Months—planting in April, for instance. Sunday (dies solis) rides a chariot at the lower-left.

The tapestry also shows debts to early medieval and Carolingian-era tropes. The design recalls Isidore of Seville’s On the Nature of Things (612–15 CE), later popularly called The Book of Wheels for its diagrams of the cosmos. The eighth-century Wessobrunn Prayer Book, known in northern Spain, depicted what is just visible below: the legend of the Discovery of the True Cross by St Helena, mother of Emperor Constantine.

The tapestry’s impressive design represents more than skill in the service of a patron’s luxury. A window on both salvation and society, it might have been an altarpiece or canopy for the eucharistic celebration of the Mass. The implicit association of an authoritative Christ in heaven above—dressed in a Roman tunic and toga—with a Roman emperor’s exemplary piety on earth below points to the political: Girona was reconquered from the Moors by the Franks under Charlemagne in 785 CE, after whom the cathedral’s Romanesque northern bell-tower was named (Baert 1999). This monumental work of capacious scope and vivacious detail, incomplete but preserved in the cathedral’s museum, is eminently suited to its topic: ordered life in the cosmos. 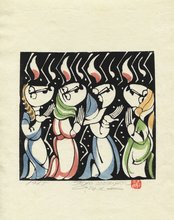 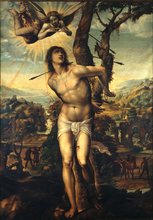