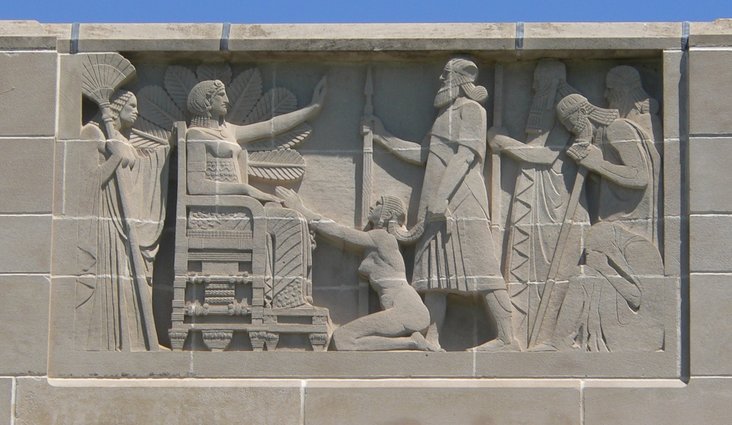 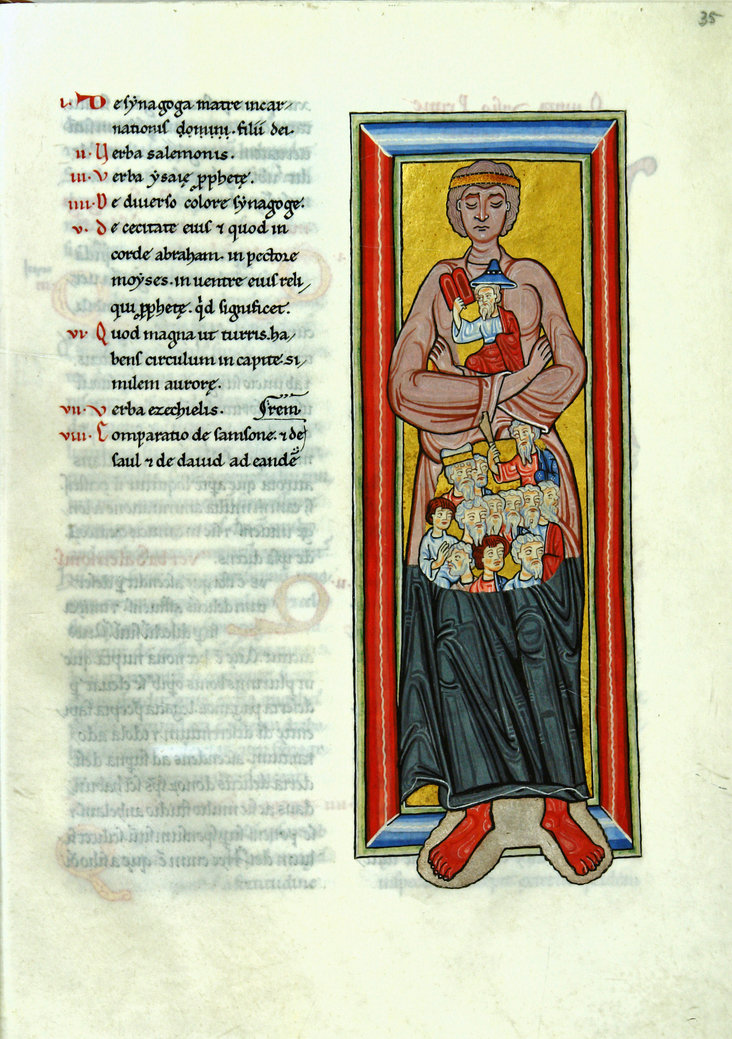 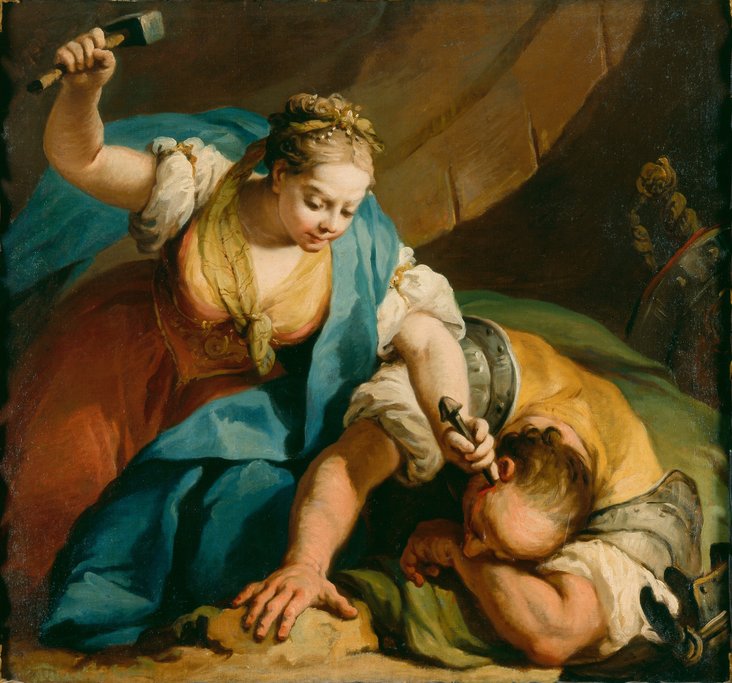 The Song of Deborah

5 Then sang Debʹorah and Barak the son of Abinʹo-am on that day:

2“That the leaders took the lead in Israel,

that the people offered themselves willingly,

to the Lord I will sing,

I will make melody to the Lord, the God of Israel.

4“Lord, when thou didst go forth from Seʹir,

when thou didst march from the region of Edom,

and the heavens dropped,

5The mountains quaked before the Lord,

yon Sinai before the Lord, the God of Israel.

6“In the days of Shamgar, son of Anath,

in the days of Jaʹel, caravans ceased

and travelers kept to the byways.

7The peasantry ceased in Israel, they ceased

arose as a mother in Israel.

8When new gods were chosen,

then war was in the gates.

Was shield or spear to be seen

among forty thousand in Israel?

9My heart goes out to the commanders of Israel

who offered themselves willingly among the people.

you who sit on rich carpets

and you who walk by the way.

11To the sound of musicians at the watering places,

there they repeat the triumphs of the Lord,

the triumphs of his peasantry in Israel.

“Then down to the gates marched the people of the Lord.

Arise, Barak, lead away your captives,

13Then down marched the remnant of the noble;

the people of the Lord marched down for him against the mighty.

14From Eʹphraim they set out thither into the valley,

following you, Benjamin, with your kinsmen;

from Machir marched down the commanders,

and from Zebʹulun those who bear the marshal’s staff;

and Isʹsachar faithful to Barak;

into the valley they rushed forth at his heels.

Among the clans of Reuben

there were great searchings of heart.

16Why did you tarry among the sheepfolds,

to hear the piping for the flocks?

Among the clans of Reuben

there were great searchings of heart.

17Gilead stayed beyond the Jordan;

and Dan, why did he abide with the ships?

Asher sat still at the coast of the sea,

settling down by his landings.

18Zebʹulun is a people that jeoparded their lives to the death;

Naphʹtali too, on the heights of the field.

19“The kings came, they fought;

then fought the kings of Canaan,

they got no spoils of silver.

20From heaven fought the stars,

from their courses they fought against Sisʹera.

21The torrent Kishon swept them away,

the onrushing torrent, the torrent Kishon.

22“Then loud beat the horses’ hoofs

with the galloping, galloping of his steeds.

23“Curse Meroz, says the angel of the Lord,

because they came not to the help of the Lord,

to the help of the Lord against the mighty.

24“Most blessed of women be Jaʹel,

the wife of Heber the Kenʹite,

of tent-dwelling women most blessed.

25He asked water and she gave him milk,

she brought him curds in a lordly bowl.

26She put her hand to the tent peg

and her right hand to the workmen’s mallet;

she struck Sisʹera a blow,

she crushed his head,

she shattered and pierced his temple.

he lay still at her feet;

at her feet he sank, he fell;

where he sank, there he fell dead.

28“Out of the window she peered,

the mother of Sisʹera gazed through the lattice:

‘Why is his chariot so long in coming?

Why tarry the hoofbeats of his chariots?’

nay, she gives answer to herself,

30‘Are they not finding and dividing the spoil?—

A maiden or two for every man;

spoil of dyed stuffs for Sisʹera,

two pieces of dyed work embroidered for my neck as spoil?’

And the land had rest for forty years.