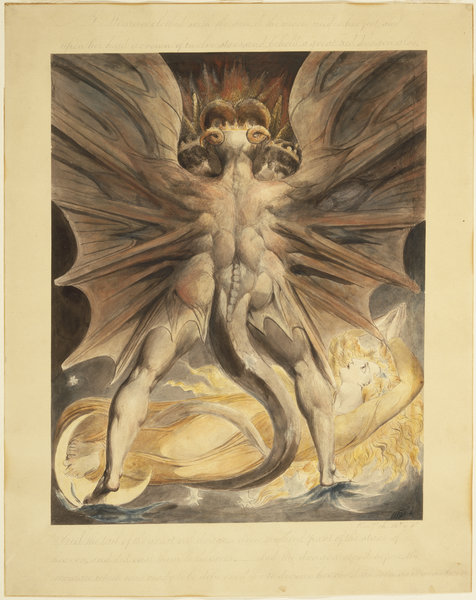 The Study of Archangels

And another portent appeared in heaven; behold, a great red dragon, with seven heads and ten horns, and seven diadems upon his heads. His tail swept down a third of the stars of heaven, and cast them to the earth. (Revelation 12:3–4)

What an extraordinary image. In a large watercolour (437 x 348 mm), William Blake has evoked a vast and terrifying monster, threatening the radiant Woman with dire physical—and sexual—violence. There is no sign of her escape, promised in Revelation 12:6. She lies supine, utterly vulnerable, stars scattered around her.

Blake created an elaborate mythology of his own. In conventional religion of ‘the primeval priest’s assum’d power’ (Blake 2008: 70), in a dominant rationalism, in the political and economic structures in England, he saw a systemic oppression of soul and body together. His demiurge Urizen—a play on ‘Your Reason’—reduced the world both to measured definition and to chains.

Blake welcomed the American and French revolutions and the energy which they represented and released. He famously wrote of Milton in The Marriage of Heaven and Hell: ‘The reason Milton wrote in fetters when he wrote of Angels & God, and at liberty when of Devils & Hell, is because he was a true Poet and of the Devils party without knowing it’ (Blake 2008: 35). Even in our watercolour the towering dragon—figure of the world’s most ruthless oppressors—has a majestic power that fascinates as much as it repels.

Blake was a visionary, for whom soul and body cohered; but for him there was still an Eternity beyond normal sight, to which ‘in the regions of my Imagination’ both Blake and all those who took his lead had access (Blake 1956: 43). He wrote to John Flaxman in 1800: ‘In my brain are studies & Chambers fill’d with books and pictures of old, which I wrote & painted in ages of Eternity before my mortal life; & those works are the delight & Study of Archangels’ (Blake 1956: 51).

Blake did not set out just to illustrate Revelation, but to reveal its angelic mysteries. He demands a visceral response to this terrible scene. The cool analysis of ancient and discarded myths, indispensable to modern scholarship, would be for Blake the work of Urizen. Revelation mattered to Blake because it revealed the power structures of the present world. 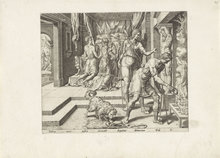 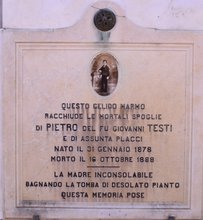 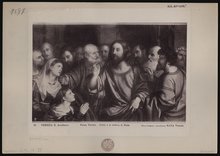