Here we have an unusual and original depiction of the Ascension. It is clearly an Ascension, as we can tell from the figures present. Mary (with her back turned towards us) and the apostles are in prayer. Christ is raised up above the rest, apparently about to ascend. Angels, rather dimly, are in readiness to lift the throne on which he is sitting up to heaven which merges in some way with the cloud.

But the central focus is really on another ‘event’: the giving of the keys of the Kingdom to Peter, who stretches out his hand to receive them. This is presented as the Lord’s last action before departing for heaven, which had been promised after Peter’s confession of faith in Christ at Caesarea Philippi (Matthew 16:19). As in many other Western treatments of this subject, we find here a sense that the Ascension is about Christ’s departure, and subsequent absence, from the world, but here Donatello gives it a further, and distinctly Catholic twist. Christ, now absent from the world, is present in it through his Church, led by St Peter, and his successors the popes, to whom he has bequeathed the keys of the Kingdom. The sense is that the historical institution of the Church, under the leadership of the Pope, is Christ’s presence in the world.

Donatello’s finely carved bas-relief was made in Florence barely a decade before an ecumenical Council was called in Ferrara, and then moved to Florence in 1439, in an attempt to reconcile the estranged Churches of the Eastern Byzantine Empire and the Western Papal Church. It may have been intended to sit below a niche housing a sculpture of Peter carved in the round. Together, these works would have focused the beholder’s attention on the historical claims of the Papal Church.

This sense of historical fact is enhanced by the treatment of the trees, less stylized and more naturalistic than in most earlier depictions, which emphasizes the earthly reality of the Mount of Olives, as do the walls and the towers of Jerusalem, which can be discerned in the distance. 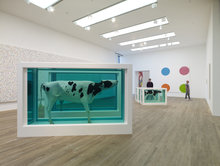 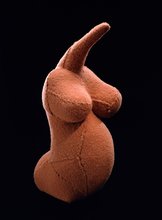 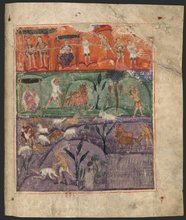 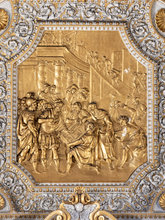 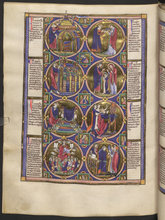