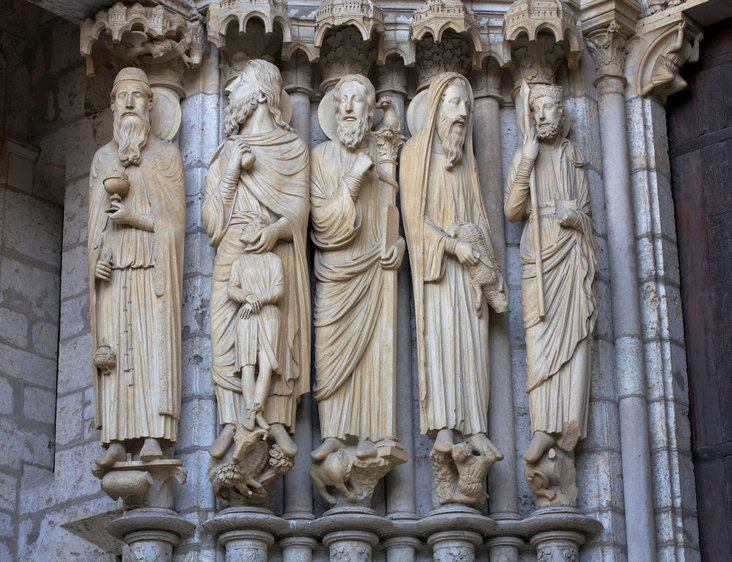 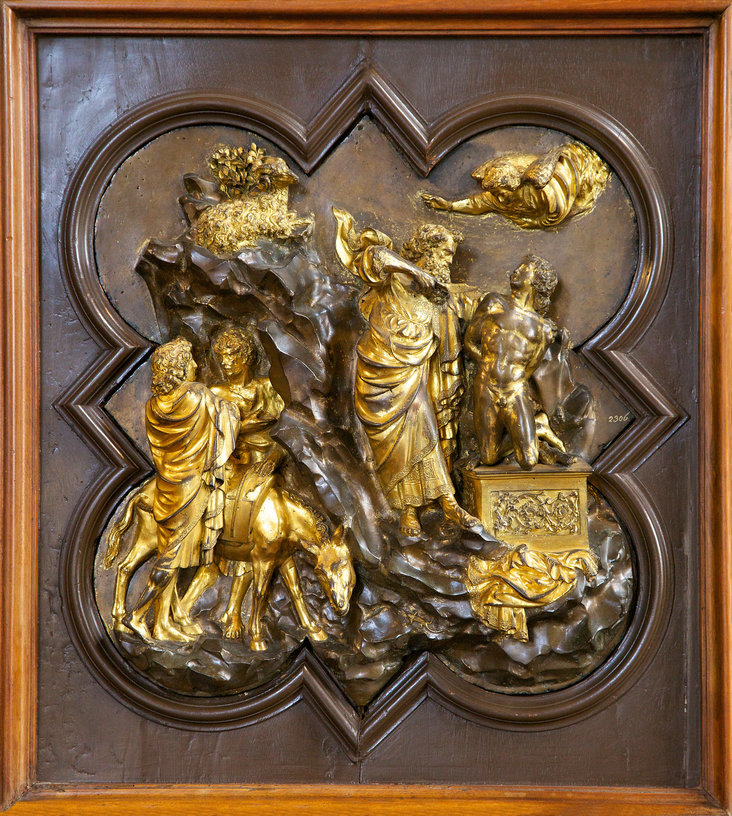 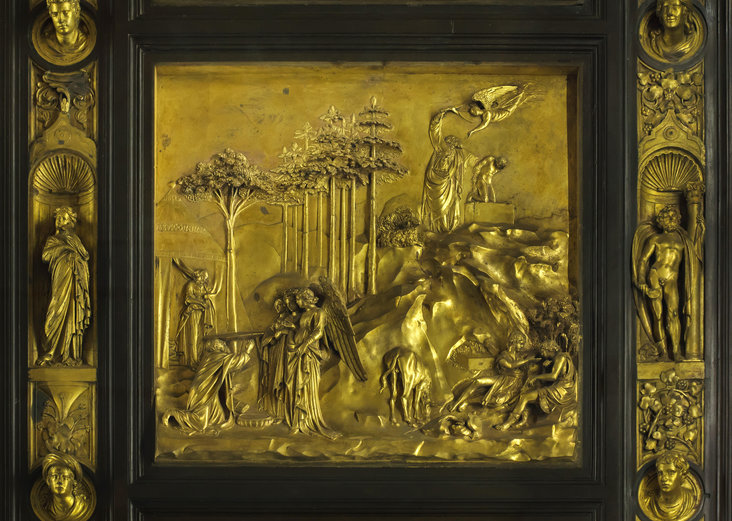 9 When they came to the place of which God had told him, Abraham built an altar there, and laid the wood in order, and bound Isaac his son, and laid him on the altar, upon the wood. 10Then Abraham put forth his hand, and took the knife to slay his son. 11But the angel of the Lord called to him from heaven, and said, “Abraham, Abraham!” And he said, “Here am I.” 12He said, “Do not lay your hand on the lad or do anything to him; for now I know that you fear God, seeing you have not withheld your son, your only son, from me.” 13And Abraham lifted up his eyes and looked, and behold, behind him was a ram, caught in a thicket by his horns; and Abraham went and took the ram, and offered it up as a burnt offering instead of his son. 14So Abraham called the name of that place The Lord will provide; as it is said to this day, “On the mount of the Lord it shall be provided.”

15 And the angel of the Lord called to Abraham a second time from heaven, 16and said, “By myself I have sworn, says the Lord, because you have done this, and have not withheld your son, your only son, 17I will indeed bless you, and I will multiply your descendants as the stars of heaven and as the sand which is on the seashore. And your descendants shall possess the gate of their enemies, 18and by your descendants shall all the nations of the earth bless themselves, because you have obeyed my voice.” 19So Abraham returned to his young men, and they arose and went together to Beer-sheba; and Abraham dwelt at Beer-sheba.

20 Now after these things it was told Abraham, “Behold, Milcah also has borne children to your brother Nahor: 21Uz the first-born, Buz his brother, Kemuʹel the father of Aram, 22Chesed, Hazo, Pildash, Jidlaph, and Bethuʹel.” 23Bethuʹel became the father of Rebekah. These eight Milcah bore to Nahor, Abraham’s brother. 24Moreover, his concubine, whose name was Reumah, bore Tebah, Gaham, Tahash, and Maʹacah.