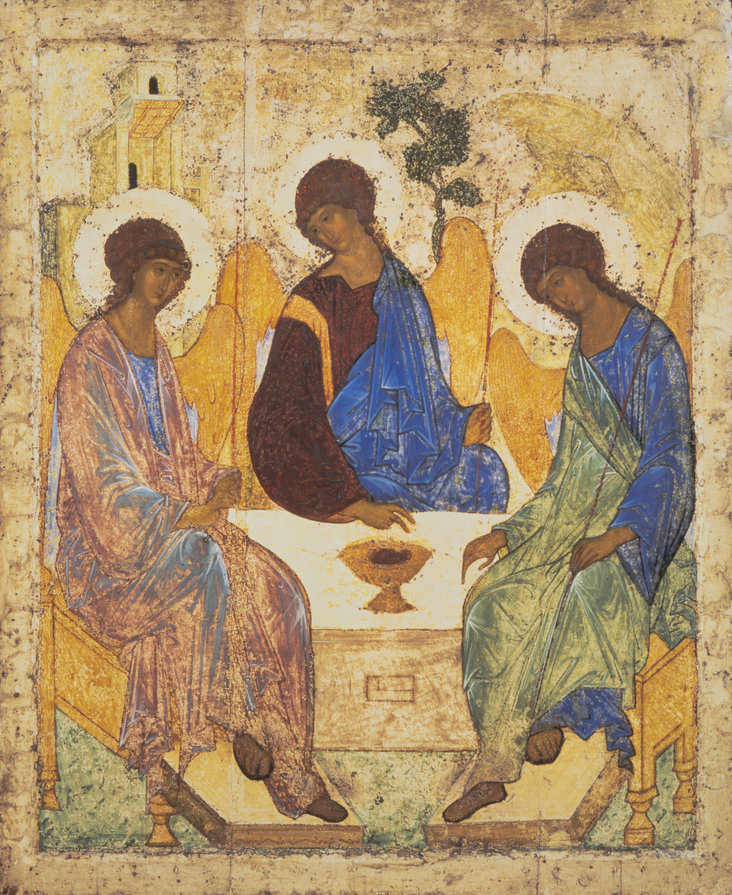 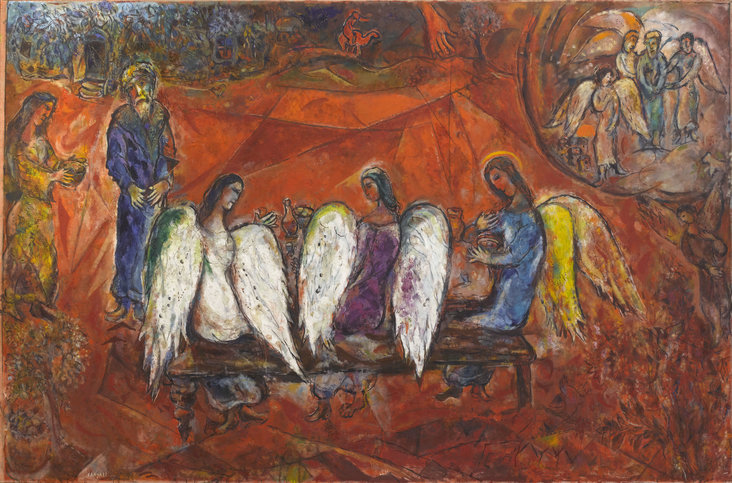 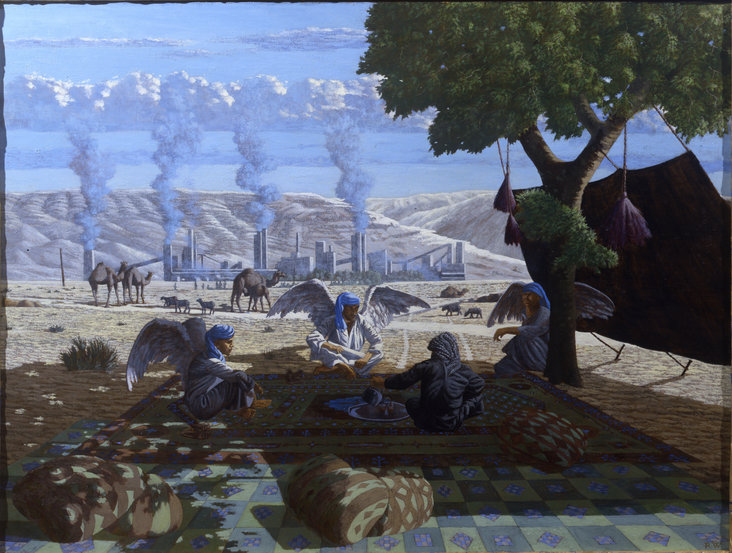 18 And the Lord appeared to him by the oaks of Mamre, as he sat at the door of his tent in the heat of the day. 2He lifted up his eyes and looked, and behold, three men stood in front of him. When he saw them, he ran from the tent door to meet them, and bowed himself to the earth, 3and said, “My lord, if I have found favor in your sight, do not pass by your servant. 4Let a little water be brought, and wash your feet, and rest yourselves under the tree, 5while I fetch a morsel of bread, that you may refresh yourselves, and after that you may pass on—since you have come to your servant.” So they said, “Do as you have said.” 6And Abraham hastened into the tent to Sarah, and said, “Make ready quickly three measures of fine meal, knead it, and make cakes.” 7And Abraham ran to the herd, and took a calf, tender and good, and gave it to the servant, who hastened to prepare it. 8Then he took curds, and milk, and the calf which he had prepared, and set it before them; and he stood by them under the tree while they ate.

9 They said to him, “Where is Sarah your wife?” And he said, “She is in the tent.” 10The Lord said, “I will surely return to you in the spring, and Sarah your wife shall have a son.” And Sarah was listening at the tent door behind him. 11Now Abraham and Sarah were old, advanced in age; it had ceased to be with Sarah after the manner of women. 12So Sarah laughed to herself, saying, “After I have grown old, and my husband is old, shall I have pleasure?” 13The Lord said to Abraham, “Why did Sarah laugh, and say, ‘Shall I indeed bear a child, now that I am old?’ 14Is anything too hard for the Lord? At the appointed time I will return to you, in the spring, and Sarah shall have a son.” 15But Sarah denied, saying, “I did not laugh”; for she was afraid. He said, “No, but you did laugh.”

16 Then the men set out from there, and they looked toward Sodom; and Abraham went with them to set them on their way. 17The Lord said, “Shall I hide from Abraham what I am about to do, 18seeing that Abraham shall become a great and mighty nation, and all the nations of the earth shall bless themselves by him? 19No, for I have chosen him, that he may charge his children and his household after him to keep the way of the Lord by doing righteousness and justice; so that the Lord may bring to Abraham what he has promised him.” 20Then the Lord said, “Because the outcry against Sodom and Gomorʹrah is great and their sin is very grave, 21I will go down to see whether they have done altogether according to the outcry which has come to me; and if not, I will know.”